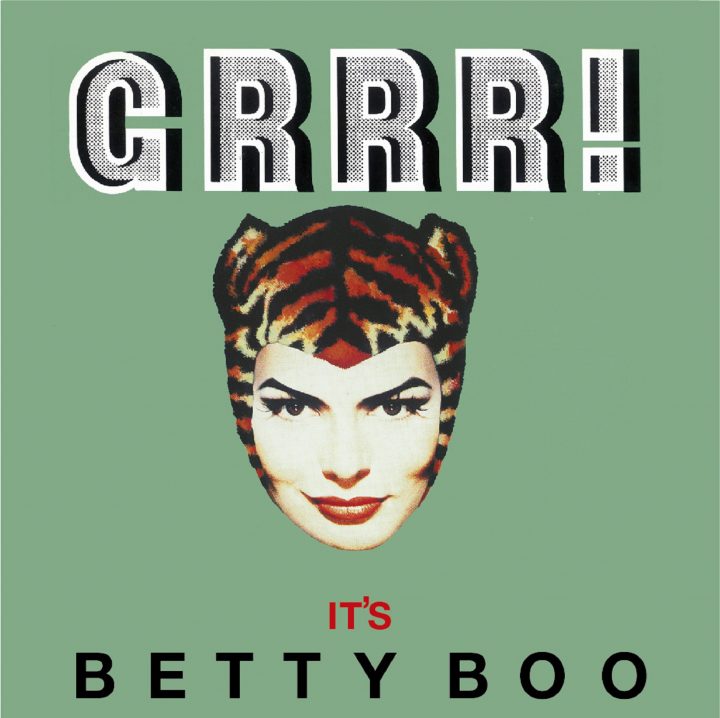 • This Deluxe Edition includes the 10 original album tracks plus 20 related bonus tracks all sourced from the original master tapes.

• Betty Boo’s original breakthrough came with the release of ‘Hey DJ / I Can’t Dance (To That Music You’re Playing) as The Beatmasters featuring Betty Boo on Rhythm King in 1989. Her debut album “Boomania” followed in 1990 peaking at #4 in the UK album charts and achieved platinum status of 300,000 sales. The album featured three further singles Doin’ The Do, Where Are You Baby? and 24 Hours. In 1991 Betty Boo won a Brit Award for British Breakthrough Act.

• She then switched labels signing to WEA and set about recording the tracks with John Coxon, one half of the King John team that had worked on the ‘Boomania’ album. Recorded at John Coxon’s own studio and mixed at Sarm West ‘Grrr!’ was released with a generous marketing and promotion campaign in an attempt to take her to the next level.

• ‘Let Me Take You There’: this release includes the album and 12″ versions plus the Streets Ahead Ubiquity, Take U There and Away mixes.

• ‘I’m On My Way’: this release includes the album version and Vince Clarke’s Batman & Robin mix and the Tumpin’ Dub and Boo Choons mixes by Betty Boo and Sweet Paulino.

• ‘Hangover’: this release includes the album and 12″versions plus the Streets Ahead remixes – Saturday Night & Sunday Morning. The Sunday Morning remix was previously unavailable in the UK.

• This compilation also includes mixes from the US only single releases;

• ‘Thing Goin’ On’: this release includes the album version, the radio remix, club mix and the Underground mix by US DJ/Producer MK (Marc Kinchen). Three of these mixes were previously unavailable in the UK.

• ‘Catch Me’: this release includes the album and David Morales’ 12″ version, also the original version and the London Underground mix feature. Three of these mixes were previously unavailable in the UK.

• Other bonus tracks include 7″ and 12″ versions of the b/sides ‘Jet Sex’ and ‘Platform Shoe Shuffle’ and five tracks appear on CD for the first time having previously only been available on vinyl.

• All the tracks have been sourced from the original master-tapes.

# Previously unreleased in the UK
* Previously only released on vinyl

5. WISH YOU WERE HERE

6. LET ME TAKE YOU THERE

14. LET ME TAKE YOU THERE (UBIQUITY MIX)

* Previously only released on vinyl