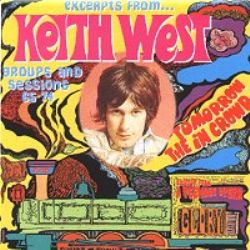 SKU: RPM141
Categories: 10.95, Physical, RPM, RPM Sale, Sitewide Sale
Share:
Description
Keith West is best remembered as the voice behind
the legendary ‘Grocer Jack’ single Excerpt From A Teenage Opera, became a
champion of both the pop charts and the 60’s psychedelic lifestyle.
Away from the pin-up-mags Keith also made a serious impression on the
underground scene with Tomorrow. Keith enjoyed a wonderful and
varied career, this compilation charts his progress through the 1960’s
and into the ’70’s with a remarkable collection of rare and previously
unissued tracks. Ranging from Four + One, the In Crowd, with guitarist
Steve Howe (who, when they became Tomorrow wrote two songs for the cult
sixties thriller Blow Up, which appear here for the very first time) to
both Teenage Opera Singles.
Additional information
Tracklist
Reviews (0)