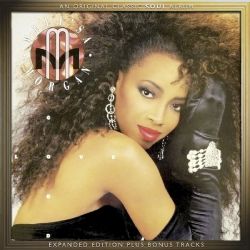 Meli’s a Morgan’s career skyrocketed with her 1985 cover of Prince’s ‘Do Me Baby,’ a No. 1 U.S. R&B single and U.S. Top 50 pop hit.Like her successful album debut, 1987’s GOOD LOVE featured production by Paul Laurence and five tracks co-produced by Meli’sa and co-writer Lesette Wilson. In addition, hitmaker in his own right, producer/songwriter Kashif produced his duet with Mel’isa on ‘Love Changes’ a cover of the Mother’s Finest recording that gave the duo a No. 2 R&B hit in 1987; while Brian and Shelly Morgan and the team of Carl Sturken and Evan Rogers also contributed to the album.

GOOD LOVE became a Top 20 R&B Album best-seller and has long been out of print on CD. This expanded edition features six bonus tracks including a club mix of the No. 2 U.S. R&B hit, ‘If You Can Do It: I Can Too!’, an extended remix of the album’s title track and an eight-minute plus ‘Special Club Opus’ mix of ‘Here Comes The Night,’ a 1988 Top 30 R&B hit for Meli’sa.

Notes by renowned U.S. writer Justin Kantor include quotes from 2013 interviews with Meli’sa and Kashif for this reissue.