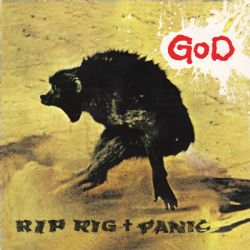 SKU: CDMRED572
Categories: 9.95, Cherry Red Records, Cherry Red Sale, Physical, Sitewide Sale
Share:
Description
Named
after a Roland Kirk album, RIP RIG + PANIC were one of the most exciting bands
of the 1980s, fusing funk, jazz, punk and world music influences into a unique
whole.
With
lead singer NENEH CHERRY, the band recorded three albums for Virgin Records
which have never been legitimately available on CD.
All
three LPs are now remastered from the original master tapes with a raft of
bonus tracks taken from non-album singles.
Original
band members Gareth Sager (ex-Pop Group) and Mark Springer are involved with
these releases, with the blessing of Neneh Cherry and (current PiL) drummer
Bruce Smith.
Issued
in 1981, GOD was RIP RIG + PANIC’s
debut album, issued as a club-friendly 12” double-pack. It’s now swelled by the
non-album singles ‘Go, Go, Go! (This Is It)’ and ‘Bob
Hope Takes Risks’ and their B-sides plus the NME cassette track ‘Billy
Eckstine’s Shirt Collar’.

Guiding the production of these reissues, Mark Springer is still heavily involved in the world of music and art. More information can be found at www.markspinger.net and www.exit.co.uk