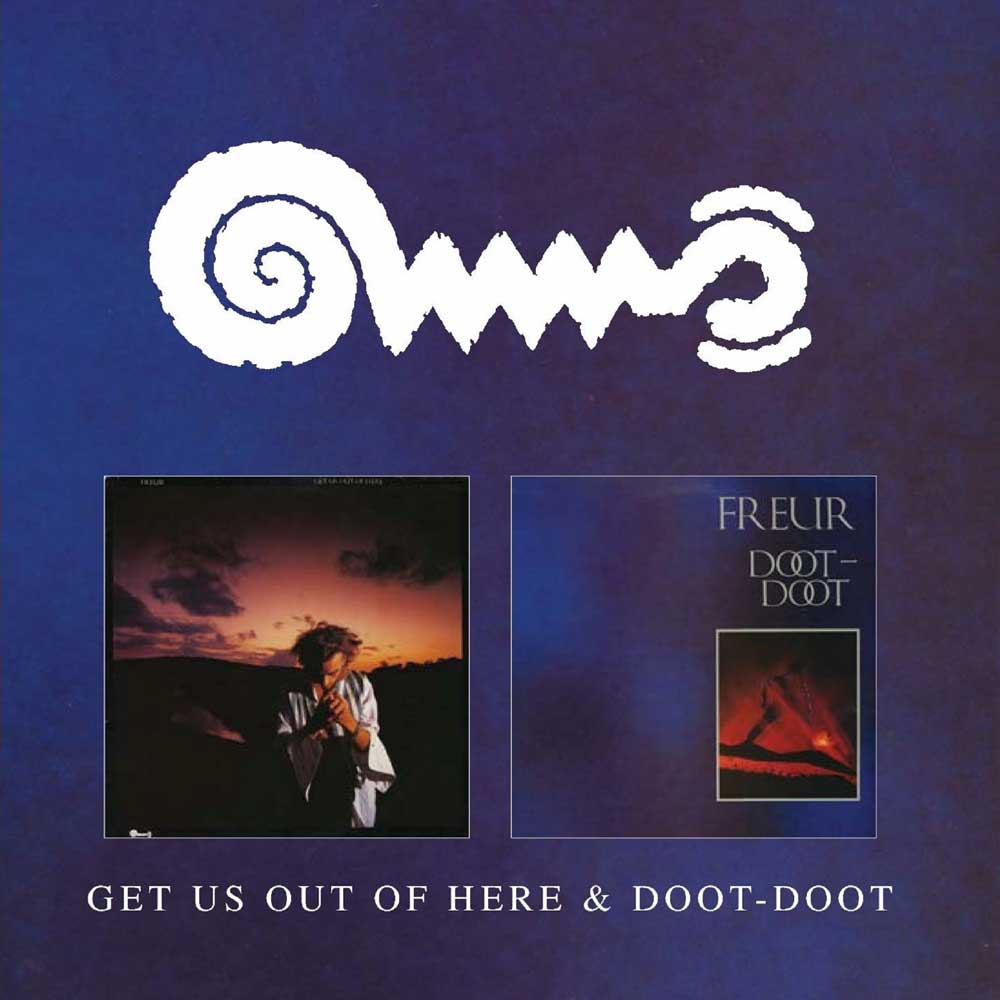 Freur: Get Us Out Of Here / Doot-Doot
Freur

A welcome repress of Freur’s second album “Get Us Out Of Here” coupled with the band’s much loved debut album “Doot Doot” together on one CD.

A welcome repress of Freur’s second album “Get Us Out Of Here” coupled with the band’s much loved debut album “Doot Doot” together on one CD.

The CD features the full original track-listings of both albums including versions of the band’s six single releases.

The CD booklet features a biography, an extensive UK discography and features all the single sleeves from the time of the original release.

This CD is the most comprehensive collection of the band’s material.

Freur were formed in Cardiff by Karl Hyde during 1981. Soon joined by fellow student Rick Smith, the band recruited further members, Alfie Thomas, John Warwicker and Bryn Burrows. The band signed to CBS Records and released their debut single ‘Doot Doot’ that hit the lower reaches of the singles charts. An album of the same name followed and enjoyed a certain success in the UK and Europe.

A building reputation enabled the band to record their 2nd album “Get Us Out Of Here” though no UK release was secured. The band eventually split in 1986. The band then re-emerged as Underworld and after a few false starts and line-up changes, the band achieved genuine commercial and critical success. The original axis of Hyde and Smith joined forces with Darren Emerson and Underworld went from strength to strength. Underworld contributed ‘Born Slippy’NUXX to Danny Boyle’s modern classic Trainspotting.

GET US OUT OF HERE