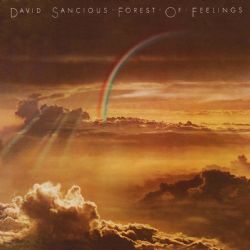 Esoteric Recordings are pleased to announce the release of a newly re-mastered edition of the classic jazz rock album “Forest of Feelings” by DAVID SANCIOUS. An accomplished guitarist and keyboard player, Sancious first came to prominence as a member of Bruce Springsteen’s E Street Band in the early 1970s, appearing on Springsteen’s first three albums before opting to pursue a solo career. He formed the group Tone in 1974 with drummer Ernest Carter (a fellow ex- Springsteen musician) and bass player Gerald Carboy. With Springsteen’s assistance Sancious secured a contract with Epic Records that year and recorded the album “Forest of Feelings” soon after. The album was produced by legendary drummer Billy Cobham and drew on Progressive Rock and Jazz Rock influences and was a stunning debut record.

“Forest of Feelings” enjoyed a fleeting appearance on CD and has long been unavailable. This Esoteric Recordings release has been newly re-mastered and includes the bonus track ‘Promise of Light’. It also features a booklet that fully restores the original album artwork and includes a new essay by Sid Smith.