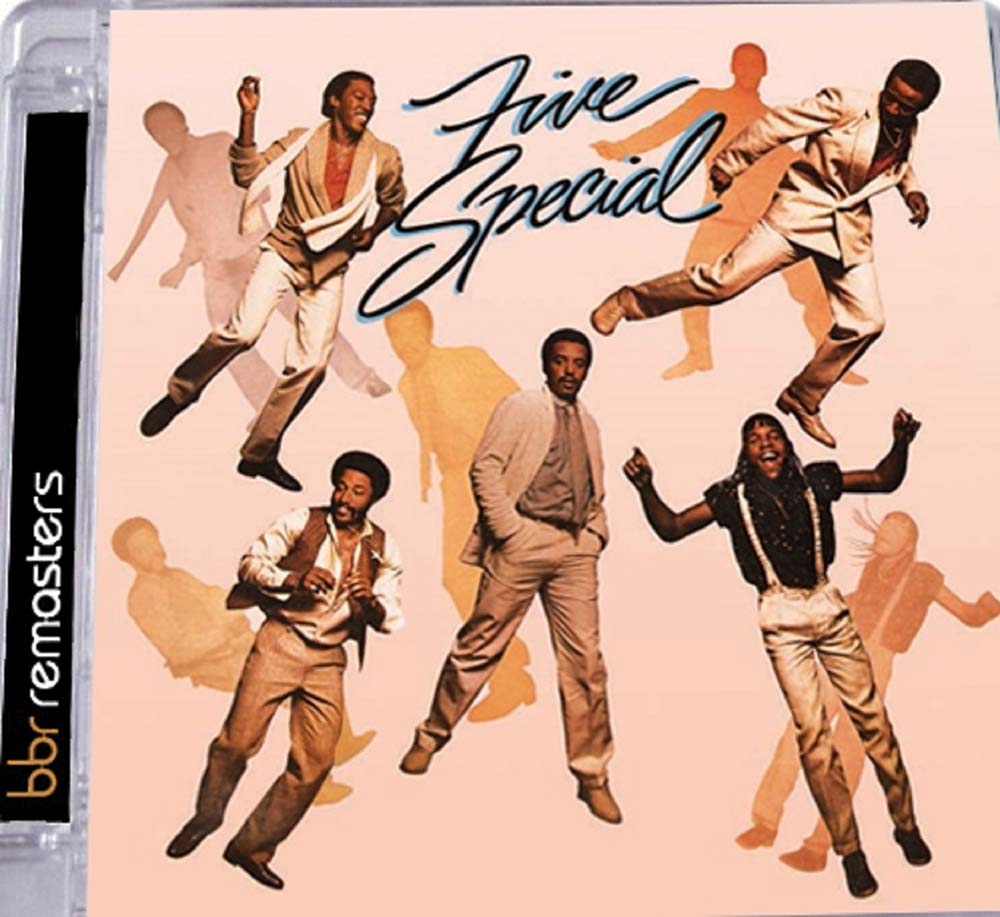 BBR presents “Five Special”, newly remastered and released in a super-jewel case including liner notes and full credits. This album is a must for all R&B, Funk, Soul and Disco fans.

• Five Special were a traditional R&B vocal group from Detroit comprising the talents of Greg Finlay, Steve Harris, Steve Boyd, Mike Petillo and Bryan Banks. Banks was the younger brother of Ron Banks of The Dramatics who took the group under his wing in the mid 70’s producing their early singles. The group secured a deal with Elektra Records who were looking to move in to the disco market and along with Ron Banks, Wayne Henderson of The Crusaders, Elektra’s jazz director Dr. Don Mizell and manager Forrest Hamilton joined the team to contribute to the release of this eponymous debut.

• Ron Banks enlisted the mix expertise of Rick Gianatos, who was fresh from success with Gene Chandler’s ‘Get Down’ and Edwin Starr’s ‘Contact’, to bring the groups new recordings to the dance floor. Gianatos’s excellent treatment of first single and lead track on the album ‘Why Leave Us Alone’ immediately brought the group success. Gianatos created an extended ten minute mix (included as a bonus track here) before cutting it down for the album version. Peaking at #9 R&B, #55 Pop and #34 Disco this up-tempo, beautifully orchestral, disco/R&B dancer features dynamic harmonies that are also prevalent throughout the album.

• Closer ‘You’re Something Special’ (R&B #29), the second single and only ballad on the album, highlights the groups harmonies and perfectly cleanses the palette after the dance floor fun. Do It Baby, also mixed by Gianatos, is a driving, mid-tempo, minimal bubbling disco/funk stomp with a viscous bass line and vocals, and subtly strident strings which clocks in at just under seven minutes. ‘It’s A Wonderful Day’ provides a sweet summertime groove and smooth feel while ‘It’s Such A Groove’ and particularly ‘Rock Dancin’’ provide straight ahead pure disco direction.

• BBR presents “Five Special”, newly remastered and released in a super-jewel case including liner notes and full credits. This album is a must for all R&B, Funk, Soul and Disco fans.

4. IT’S SUCH A GROOVE PART II – WHATCHA GOT FOR MUSIC!

8. WHY LEAVE US ALONE (12” SPECIAL DISCO MIX BY RICK GIANATOS)

9. WHY LEAVE US ALONE (INSTRUMENTAL)