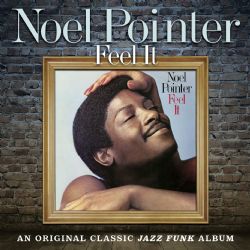 Considered one of the top violinists in the jazz field, the late Noel Pointer also established a solid following for himself among soul and funk music lovers thanks to a series of great albums recorded between 1977 and 1993 (one year before his passing at the young age of 39).

FEEL IT became Noel’s second best-selling album, reaching No. 6 on the U.S. jazz charts and No. 59 on the U.S. R&B charts, sparked by Noel’s only U.S. charted single, the dance-inspired ‘For You (A Disco Concerto).’ The album is making its first appearance on CD with this SoulMusic.com Records reissue.