We use cookies to ensure that we give you the best experience on our website. Click OK to accept and continue shopping, or find out more in our cookie policy...OKRead More
Return to previous page
View cart “The Machine Stops CD Version (also available as limited edition 12″ vinyl)Hawkwind” has been added to your cart. 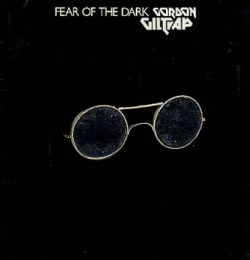 Fear Of The Dark
Gordon Giltrap

SKU: ECLEC2402
Categories: 10.95, Esoteric Recordings, Esoteric Sale, Physical, Sitewide Sale
Share:
Description
NEWLY
REMASTERED & EXPANDED EDITION CD OF THIS CLASSIC 1978 ALBUM BY GORDON
GILTRAP
REMASTERED
FROM THE ORIGINAL MASTER TAPES
FEATURING
EIGHT BONUS TRACKS
BOOKLET WITH
FULLY RESTORED ARTWORK & ESSAY
ESOTERIC
RECORDINGS are pleased to announce the release of a newly remastered and
expanded edition of the classic album “FEAR OF THE DARK” by GORDON GILTRAP. For
over forty years Gordon has enjoyed the well-deserved reputation as one of
Britain’s greatest guitar players. He made his first recordings in the 1960s as
folk artist, but by 1976 he had crossed into the Progressive Rock genre and
signed to the newly formed Electric Records imprint.
His third album
for Electric was released in 1978. “FEAR OF THE DARK” saw Gordon backed by a
band of outstanding musicians such as JOHN G. PERRY (Bass), ROD EDWARDS
(keyboards) and SIMON PHILLIPS (drums) and featured many outstanding tracks.
This Esoteric
Recordings edition is newly remastered from the original tapes and includes
eight bonus tracks drawn from a series of singles released between 1978 and
1980, including the live track ‘Inner Dream’ and ‘Party Piece’, ‘Theme from The
Waltons’ and ‘Birds of a Feather’ previously unreleased on CD. The reissue also
features a lavishly illustrated booklet with new essay and interview with
Gordon Giltrap.Release Date: 29/07/2013
Additional information
Tracklist