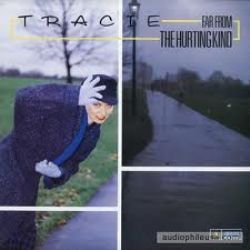 The very sought after and long overdue first reissue of Tracie’s debut album ‘Far From The Hurting Kind’. The album was originally released in 1984 on Paul Weller’s label, Respond Records and this is the first time the album has been available on CD in the UK. This 20 track CD features the 10 tracks of the original album plus 10 essential bonus tracks from Tracie’s catalog. The bonus tracks include Tracie’s hit singles; ‘The House That Jack Built’, ‘Give It Some Emotion’ (7 in., Extended Remix and a version from a 2009 live radio session) Soul’s On Fire (12 in. version), b/sides ‘The Boy Hairdresser’ and ‘Same Feelings (Without The Emotion)’. Plus ‘Mama Never Told Me’ taken from the Respond Records compilation ‘Love The Reason’, a demo version of ‘Invitation’, and ‘Nothing Happens Here But You’ (live 2008 radio session). A comprehensive CD booklet features a Q&A between Tracie and respected Paul Weller biographer, John Reed. Tracie was signed by Respond Records after sending in a demo thanks to an advert in Smash Hits magazine. Within days she was in the studio with Paul Weller and the resulting debut single The House That Jack Built followed in Spring 1983, peaking at #9 in the UK singles charts. Tracie went on to enjoy chart and critical success with her soulful pop, with 7 further singles released along with the ‘Far From The Hurting Kind album’.