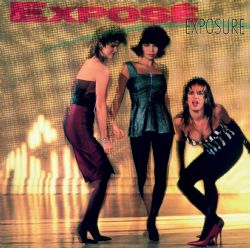 SKU: CRPOPD154
Categories: 10.95, Cherry Pop, Cherry Pop Sale, Physical, Sitewide Sale
Share:
Description
• Now, for the first time ever, “Exposure”, the debut album from Expose, has been digitally remastered and expanded.
• Originally released in 1987, “Exposure” (US #16) reached gold sales status in the US, re-introduced dance music to US radio stations after nearly a decade, and was responsible for crossing over the Freestyle sound to a broader audience.
• A total of seven singles were lifted from the album including the blockbuster hits ‘Point Of No Return’ (US #5, 1987), ‘Come Go With Me’ (US #5, 1987), ‘Let Me Be The One’ (US # 7, 1987), and the chart-topping smash ‘Seasons Change’ (US #1, 1987).
• Expose were the first female group to have four Top 10 singles from a debut album hit the Billboard Hot 100 chart.
• This 2 CD deluxe edition features 29 tracks including the original 10-song album alongside 19 bonus tracks, 8 of which appear on CD for the first time.
• The bonus material on this collection features all the single versions, B-sides, remixes, and alternate versions that were released during the promotion of the original album.
• Fans of the PWL sound will be thrilled about the inclusion of two of the rarest tracks in the production stable’s repertoire. Both the UK 7″ Remix and UK Extended Remix of ‘Point Of No Return’ make their CD debut on this collection.
• The CD booklet contains lyrics, a personal message from Expose members Gioia, Jeanette and Ann, comprehensive sleeve notes including a brand new interview with the group and track annotations by Lewis A. Martineé who wrote all the songs and produced the original album. UK pop fans take note! While Exposé remained more underground in the UK, Lewis Martineé is best known for producing “Domino Dancing” for Pet Shop Boys.
• Exposé will continue to tour through the end of 2014 and throughout 2015.
Please Note: This title is released 19th January 2015 and will not be dispatched until this date.
TRACK LISTING:
DISC ONE:
1. COME GO WITH ME
2. LET ME BE THE ONE
3. EXPOSED TO LOVE
4. SEASONS CHANGE
5. EXTRA EXTRA
6. POINT OF NO RETURN
7. LOVE IS OUR DESTINY
8. I KNOW YOU KNOW
9. YOU’RE THE ONE I NEED
10. DECEMBER
BONUS TRACKS – SINGLE VERSIONS AND B-SIDES
11. POINT OF NO RETURN (1985 Single Version)*
12. EXPOSED TO LOVE (Single Mix)
13. COME GO WITH ME (Single Mix)
14. DECEMBER (Single Version)*
15. POINT OF NO RETURN (1987 Single Version)
16. LET ME BE THE ONE (Remix Edit/Single Version)
17. SEASONS CHANGE (Radio Mix)
18. POINT OF NO RETURN (PWL UK 7” Remix)*
*previously unavailable on CD
DISC TWO:
BONUS TRACKS – REMIXES AND ALTERNATE VERSIONS
1. EXPOSED TO LOVE (Extended Mix)
2. COME GO WITH ME (Extended Mix)
3. POINT OF NO RETURN (Extended Mix)
4. LET ME BE THE ONE (Extended Remix)
5. SEASONS CHANGE (Extended Mix)
6. COME GO WITH ME (Radio Mix)*
7. POINT OF NO RETURN (Crossover Mix)*
8. LET ME BE THE ONE (“Crossover” Mix)*
9. SEASONS CHANGE (Crossover Mix)*
10. POINT OF NO RETURN (PWL UK Extended Mix)*
11. LET ME BE THE ONE (UK Remix)
*previously unavailable on CD
Additional information
Tracklist
Track listing as above.
Reviews (0)