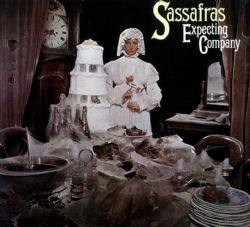 Esoteric Recordings are pleased to announce the release of an official re-mastered edition of the debut album by legendary Welsh rock band Sassafras, “EXPECTING COMPANY”.

One of the great unsung rock albums of the early 1970s, “Expecting Company” has been newly re-mastered from the original master tapes and includes both sides of a rare single as bonus tracks. This Esoteric Recordings reissue restores the original album artwork and includes a new essay.

7.    THE GOOSE THAT LAID THE GOLDEN EGG

b.    MEANWHILE BACK IN MERTHYR