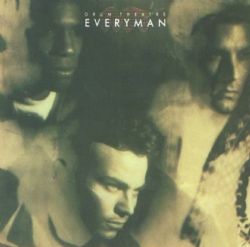 This is the first and much requested reissue of this seminal 80’s album by Drum Theatre.

The original ten track album was released in 1987 on Epic Records. There were shared production duties with Kentarn (Kent B. and Gari Tarn from the band) and Gary Langan (respected record producer co-founder of ZTT Records and member of the Art Of Noise) all playing their part.

This expanded version contains those ten tracks plus seven essential bonus tracks · The album has been remastered · The bonus material includes the 7″ Remix of ‘Eldorado’, 12″ versions of ‘Living In The Past – Tim Palmer Remix’, ‘Home (Is Where The Heart Is)’ and ‘Moving Targets’. Other tracks include the b/sides ‘Seventh Sign’, ‘Jungle Of People – Extended Mix’ and ‘Now And Forever’.

The CD booklet will feature many of the original sleeves and a full UK discography. · The sleeve notes have been contributed by the band. · This is the most complete collection of the band’s material available.

The band enjoyed extensive support across Europe, especially in Italy. · Drum Theatre were a six-piece band signed to Epic Records from 1985 to 1987, releasing the LP “Everyman” and four album sourced singles (versions contained within).

Additional information
Tracklist
1. HOME (IS WHERE THE HEART IS) 2. ELDORADO 3. REunion 4. WIDE SARGASSO SEA 5. RHYTHM OF YOUR HEART 6. LIVING IN THE PAST 7. CHILDREN OF TOMORROW 8. MOVING TARGETS 9. ONCE IN YOUR LIFETIME 10. RUNNERS
BONUS TRACKS 11. LIVING IN THE PAST - TIM PALMER REMIX 12. SEVENTH SIGN - WHIPLASH MIX 13. JUNGLE OF PEOPLE - EXTENDED MIX 14. HOME (IS WHERE THE HEART IS) (HEARTBEAT MIX) 15. NOW AND FOREVER 16. MOVING TARGETS - EXTENDED VERSION
Reviews (0)