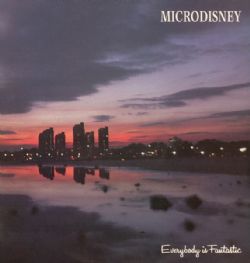 Everybody is Fantastic
Microdisney

· After relocating to London, they signed to Rough Trade, and utilised John Porter (producer of The Smiths) to produce their debut album, Everybody is Fantastic. At this time, the band became acquainted with John Peel, who championed their music, and gave them the first of several celebrated Peel Sessions.

· This re-issue done in conjunction with the band contains rare single B-sides and the complete Peel session recorded at the time. With notes in collaboration with the band and a book packed with memorabilia this release serves as a great re-introduction to this finest of Irish bands.