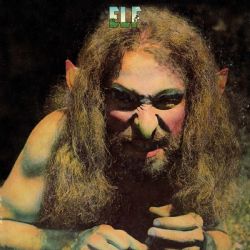 Few singers can claim to have fronted three world- class rock bands that have made game-changing, genre-defining music; but with Rainbow, Black Sabbath and his own band, Dio, the late, great Ronnie James Dio could proudly claim to have made his mark on rock history with all three. But not everyone will be aware that prior to 1975’s Ritchie Blackmore’s Rainbow debut, Ronnie had fronted his own rock band ELF for three LPs.

Elf were founded by Ronnie – then using his birth name Padavona – on bass guitar as well as inimitable lead vocals. He was joined by his guitarslinging cousin David “Rock” Feinstein (later of The Rods), and future Rainbow alumni Mickey Lee Soule on piano and Gary Driscoll on drums.

Coming to the attention of Epic Records in the States, ELF had their 1972 debut co-produced by none other than Deep Purple’s bassist Roger Glover and drummer Ian Paice, then the hottest rock property on either side of the Atlantic, leading to support tours with Deep Purple.

Rather than the hard rock or metal of Dio’s later bands, on songs such as the single ‘Hoochie Koochie Lady’, ‘First Avenue’ and ‘Never More’, ELF’s debut has a more honky-tonk, laid back, bluesier flavour, honed in and around the clubs of the band’s native New York and New Jersey.