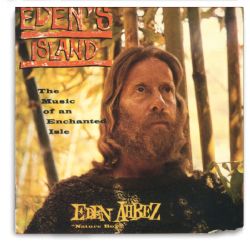 SKU: PSALM2370
Categories: 9.95, Physical, Righteous, Sitewide Sale
Share:
Description
The
classic – and only – album release from the man who wrote the massive selling
‘Nature Boy’ as made famous by Nat ‘King’ Cole and covered by everyone from
Sinatra and Esquivel to Nick Cave.
A
masterpiece of easy listening that has inspired chill-out compilations around
the globe, not to mention a better way of looking at the world, ‘Eden’s Island’
is pure exotica on one dozen beautifully-crafted songs.
Plus
the A-side of his only single release, ‘Tobago’ and the only recording of his
‘Nature Boy’ suite along with nine other Ahbez-penned slices of exotica.