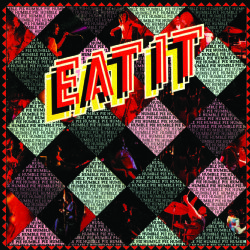 SKU: CDLEM204
Categories: 9.95, Lemon, Lemon Sale, Physical, Sitewide Sale
Share:
Description
For
fans of bluesy, hard-charging boogie rock, the legendary band Humble Pie is an
icon. Current artists such as the Black Crowes invoke its name and that of its
leader Steve Marriott with nothing less than reverence. That Humble Pie was
co-founded by Peter Frampton, enjoying a notable renaissance of late, provides
even greater impetus for these new reissues of the bands classic albums
In
1969, Marriott, who had left Small Faces, and Frampton, formerly of the Herd,
joined with ex-Spooky Tooth bassist Greg Ridley and drummer Jerry Shirley.
Humble Pie’s first single, ‘Natural Born Woman’ (aka ‘Natural Born Boogie’) hit
the U.K. Top 10 and led to its debut album, As Safe As Yesterday Is. Humble Pie
live, however, was explosive, loud and raucous. Frampton left after the tour,
replaced by Dave “Clem” Clempson, A year later, Humble Pie disbanded.
Marriott and Shirley briefly reformed the group in the ’80s but accidents and
ill health plagued Marriott and the band.
The album titleEat Itmeans “Dig
it”, Each side of the original double album was different: Side 1 featuresSteve Marriott pennedrock and roll; Side 2 has classic R&B covers; Side 3
is a collection of acoustic Steve Marriott songs; finally Side 4 features
Humble Pie live in concert.
This album
showcases the dynamic diversity and talent of Steve Marriott’s gritty bluesy
vocals with some funky soul mixed in throughout along with straight ahead
blistering rockers. The band is right on and they deliver an extremely
energetic powerhouse combination on this double album that overall ranks with
their best
Additional information
Tracklist