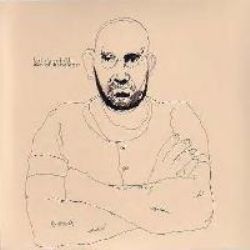 Esoteric Recordings are pleased to announce the release of a newly remastered edition of the classic underground album EAR OF BEHOLDER by LOL COXHILL. Coxhill was a noted figure on the UK underground jazz and rock scene, his saxophone playing gracing recordings by KEVIN AYERS(with Coxhill being a member of Ayers group THE WHOLE WORLD) and later on acts such asCaravan. Recorded between July 1970 and January 1971, the double LP Ear of the Beholder gave Lol Coxhill the chance to produce a unique solo work which saw him touch various musical areas, including the Avant Garde, Jazz, Rock and more. Coxhill was assisted in the recording sessions by contributions from colleagues such as KEVIN AYERS, MIKE OLDFIELD and DAVID BEDFORD. From the open air recording of Open Piccadilly to the expansive Rasa Moods and the unique interpretation of The Beatles I Am the Walrus, EAROF BEHOLDER remains striking.