Return to previous page
View cart “The Machine Stops CD Version (also available as limited edition 12″ vinyl)Hawkwind” has been added to your cart. 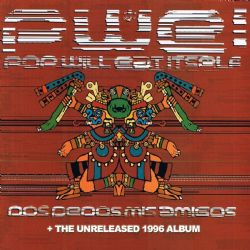 ‘Dos Dedos Mis
Amigos’ charted around Europe and in the US, and saw the band’s profile rise
considerably. The tracks also spawned a successful double album of remixes,
‘Two Fingers My Friends’, in 1995 and a follow up album was hotly anticipated.
However, after the departure of Graham Crabb the band gradually imploded,
leaving a new album’s worth of recordings unreleased. Until now.

Produced in
conjunction with the band, ‘A Lick Of The Old Cassette Box’ compiles twelve
unreleased songs recorded in 1995 and 1996, and heard here for the very first
time. Heavy on riffs and beats, this is the blueprint for the industrial
crossover sound The Prodigy were about to fill stadiums around the world with
in the late 1990s. Accompanied by detailed liner notes from guitarist Adam Mole,
this ‘lost’ album is a must hear for diehards and casual fans alike.