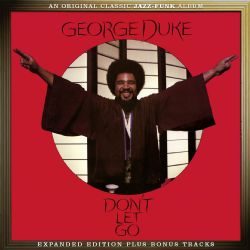 In 1977, master musician, recording artist and performer George Duke had enjoyed his biggest sales success with “Reach For It” (from the best-selling album of the same name).

Other key cuts on DON’T LET GO include the soul ballad ‘The Way I Feel,’ the furiously fast title track and the smooth groove winner ‘Morning Sun.’ Extensive liner notes by renowned U.S. writer A. Scott Galloway include new quotes from Duke and the primary musicians and singers involved in the sessions for the album.