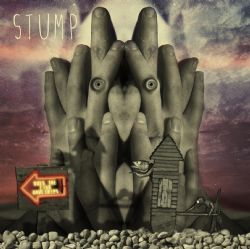 •    The Anglo-Irish quartet emerged in 1986 with an EP on Ron Johnson, Mud On A Colon, and the track ‘Buffalo’, which also appeared on the NME’s C86 cassette.

•    After a debut album Quirk Out on their own label, they signed in 1987 to Ensign and enjoyed some success with the single ‘Charleston Heston’ and album A Fierce Pancake.

•    Named after one of the many bizarre lyrics from ‘Buffalo’, Does The Fish Have Chips offers Stump’s entire pre-Ensign output, including two rare compilation appearances and their iconic Peel session (issued at the time as a 12” on Strange Fruit).

•    Also included are a handful of later recordings from 1988/89, after their time with Ensign, including two contributions to an Edward Barton tribute album by respective pairs of the band.

•    Members of Stump have been closely involved with this long-overdue and worthwhile collection.