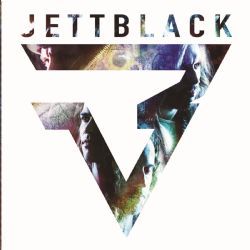 SKU: CDBRED658
Categories: 10.95, Cherry Red Records, Cherry Red Sale, Physical, Sitewide Sale
Share:
Description
• Formed in High Wycombe, Buckinghamshire in 2007, JETTBLACK’s latest release Disguises is their third full-length album, with a further two EP’s also under their belts.
• Disguises marks a departure from working with producer Dan Weller, who was at the helm of their freshman and sophomore releases. James Loughrey, known for his work on Skindred’s last two albums, produced and recorded this latest opus at Stronghold studios.
• Disguises sees a heavier, more mature sound with progressive yet melodic song writing. Unlike their first two albums, where Jon Dow and Will Stapleton shared song-writing duties, all tracks on Disguises were written by Will Stapleton, with exception of ‘Kick In The Teeth’.
• JETTBLACK’s timeless brand of melodic, yet heavy rock, means they have supported a huge array of acts live, from Whitesnake and Airbourne to Skindred and Papa Roach. The band have also graced the stages of Download, Sonishphere, Hard Rock Hell, T in the Park and Reading Festivals.
• The band has become well known for their high profile collaborations too, with guest spots from the likes of Ian Paice (Deep Purple), Udo Dirkschneider (Accept) and Damon Johnson (Thin Lizzy, Alice Cooper).
• Vocalist Will Stapleton was cast as the Voice of Humanity, singing ‘Thunderchild’ in Jeff Wayne’s War Of The Worlds arena tour in 2013, alongside Ricky, Marty Pellow and Jason Donovan.
• The band will be touring throughout 2015.
N.B. This title is released 6th April and will not be dispatched before this date.