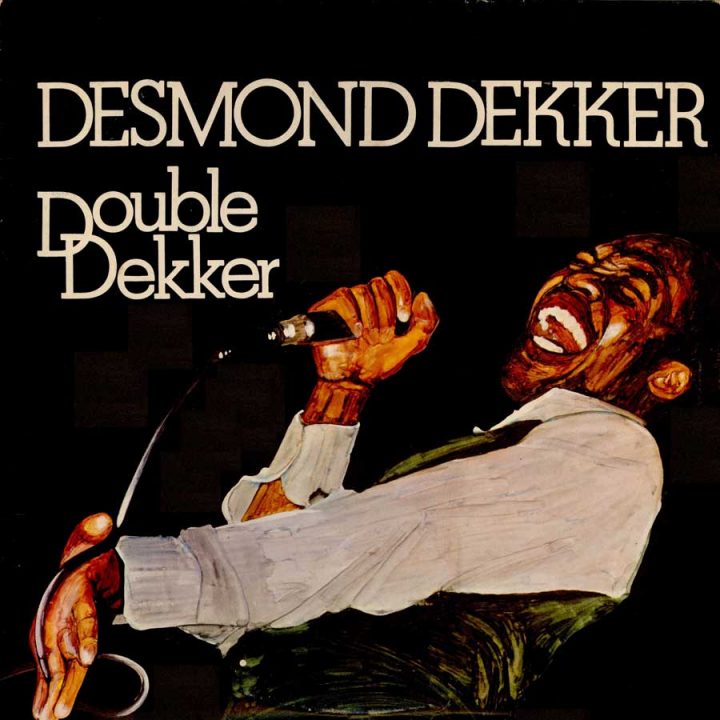 Now, 45 years after its original release, “Double Dekker” is finally available once more, with the track- listing augmented with six rare bonus tracks.

Album issued in CD for the first time

Many tracks unavailable for decades

Making his mark on the international recording scene with a series of global hits in the late Sixties and early Seventies, Desmond Dekker enjoyed success on a scale no other Jamaican act had experienced.

So in 1972, when the singer left the world’s leading reggae record company, Trojan Records, to join the newly launched rival Creole, the move sent shockwaves through the UK’s music industry.

In response, Trojan gathered some of the singer’s biggest hits alongside rare and previously unreleased material from the archive, which they issued on the aptly-titled double LP set, “Double Dekker”.

Much to the chagrin of Creole, the collection swiftly became one of Trojan’s biggest selling long players of 1973, its release eclipsing the singer’s recently recorded work for his new label.

Now, 45 years after its original release, “Double Dekker” is finally available once more, with the track- listing augmented with six rare bonus tracks.

Avoiding any cross-over of material with companion volumes, “You Can Get It If You Really Want” (DBCD015) and “Action! & Intensified” (DBCDD025), the collection ensures Desmond Dekker’s entire Leslie Kong-produced rock steady and reggae output is available for the much-missed performer’s fans.

Additional information
Tracklist
DOUBLE DEKKER
1. IT MEIK
2. LOOK WHAT THEY'RE DOING TO ME
3. PLEASE DON'T BEND
4. MY REWARD
5. LITTLE DARLING
6. LIFE OF OPPORTUNITY
7. WHEN I'M COLD
8. ARCHIE WAH WAH
9. HIPPOPOTAMUS
10. WARLOCK
11.LICKING STICK
12.WHAT WILL YOU GAIN
13. TRAMPLE
14.THE MORE YOU LIVE (AKA LIVE AND LEARN)
15.GO AND TELL MY PEOPLE
16.REGGAE RECIPE
17.YAKETY YAK
18.THE SONG WE USED TO SING (AKA WHERE DID IT GO)
19.THE FIRST TIME FOR A LONG TIME
20.STOP THE WEDDING
21.MOTHER NATURE
22.LIFE HOPE AND FAITH