We use cookies to ensure that we give you the best experience on our website. Click OK to accept and continue shopping, or find out more in our cookie policy...OKRead More
Return to previous page
View cart “Save Me: Expanded EditionSilver Convention” has been added to your cart. 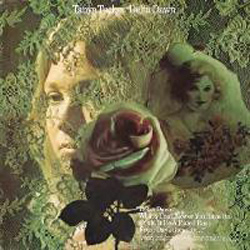 SKU: TBIRD0028CD
Categories: 9.95, Physical, Sitewide Sale, T-Bird Americana
Share:
Description
This is the album that started it all and is one of the most auspicious debuts in popular music. Country legend Tanya Tucker was just 13 years old when she had her first hit in 1972 with Delta Dawn which reached number 6 on the country chart and also entered the pop chart. Her second single Love s the Answer also became a top 10 hit in 1972. She had her first number one hit in 1973, followed by a further two number ones and during the course of her career, she notched up a remarkable streak of top 10 and top 40 hits. he sings the collection of familiar and new songs on this album with a depth of feeling, style and artistry far advanced for her age. She portrays the lyrics as a woman, a new recording star was born. Contains the hits Delta Dawn and Love’s The Answer One of country music’s true divas.
Additional information
Tracklist
1. DELTA DAWN
2. NEW YORK CITY SONG
3. SMELL THE FLOWERS
4. IF YOU TOUCH ME
5. HE'S ALL I GOT
6. THE JAMESTOWN FERRY
7. LOVING YOU COULD NEVER BE BETTER
8. SOUL SONG
9. LOVE'S THE ANSWER
10. THE HAPPIEST GIRL IN THE WHOLE U.S.A.
11. I'M SO LONESOME I COULD CRY
Reviews (0)