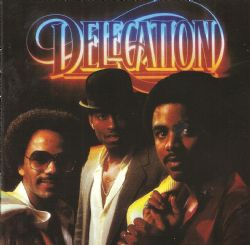 SKU: CDBBR0193
Categories: 9.95, Big Break Records, Physical, Sitewide Sale
Share:
Description
Len Coley and
Roddy Harris formed DELEGATION in Birmingham, during the mid 70’s; later adding
Jamaican born Ricky Bailey whose voice was to give them added flair on lead,
helping them to compete in the competitive UK Soul Market.
The Group
worked with one of the UK’s most prolific hit makers of the 70’s and 80’s, Ken
Gold, responsible for masterminding The Real Thing as well as writing and
producing for artists such as The Nolans, Liquid Gold and Billy Ocean who
secured a deal with State Records after which the group released a few UK
singles with moderate success.
However, when
Oh Honey hit the US charts in 1979 it scored an incredibly impressive top 50 US
Pop chart position and smoothly grooved all the way to #6 in the US R&B
charts helping the album enter the top 100 on the Billboard Hot 200 and came to
rest easily at #8 on the US R&B album chart.
DELEGATION
later moved to Ariola Records while changing their line-up with Len Coley being
replaced with Bruce Dunbar, a Broadway Musical singer who starred in the
musical “Hair” before joining the band, bringing with him his
captivating falsetto, so well suited to DELEGATION’s smooth funky sound. Once
they had drafted in the arranging talents of keyboard virtuoso, Lynton
Naismith, DELEGATION went to work on ‘Eau De Vie’ which would go on to become
their highest selling album achieving a Gold Record status in 1980.
1981 would see
the release of DELEGATION II, which created such hits as the single I WANTCHA
BACK, a low tempo, funky bass line driven Disco single. IN THE NIGHT stepped up
the heat, again driven by the incredible talents of Jon Plotel on bass and the
Lynton Naiff arranged string section. SINGING closed out the single releases, a
big production number with some great performances by Jon Plotel, Lynton Naiff,
Robert J. Ahwai on guitar and Kofi Aivor on percussion and of course the
incredible horn section that feature throughout the album.
BBR is very
proud to bring you DELEGATION II, completely re-mastered and repackaged
complete with liner notes and extended bonus content.
Released in
deluxe Super Jewel cases, DELEGATION II is a must have or all Soul and Funk and
Jazz fans out there!