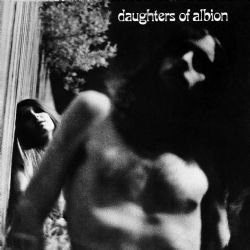 •FIRST EVER LEGITIMATE REISSUE ON CD
• PRODUCED BY LEON RUSSELL
• FROM THE ORIGINAL MASTER TAPES!

Daughters of Albion were GREG DEMPSEY and KATHY YESSE (later Kathy Dalton), partners since their days in the folk-rock oriented Gas
Company.

By 1968, they hooked up with producer LEON RUSSELL and created this unbelievably ambitious psych-pop rock-opera that could’ve only come from that tumultuous moment in time.

Included here is Daughter of Albion’s lone album, along with mono single mixes of ‘Well Wired’ and ‘Story Of Sad.’

This material has surprisingly never before been legitimately issued anywhere on CD—UNTIL NOW! Mastered by Alan Brownstein FROM THE ORIGINAL MASTER TAPES! The 16-page, full-colour booklet includes rare photos, and extensive liner notes featuring the involvement of original band members.