We use cookies to ensure that we give you the best experience on our website. Click OK to accept and continue shopping, or find out more in our cookie policy...OKRead More
Return to previous page
View cart “Seventh Wave: Psi-Fi, Re mastered & Expanded EditionSeventh Wave” has been added to your cart. 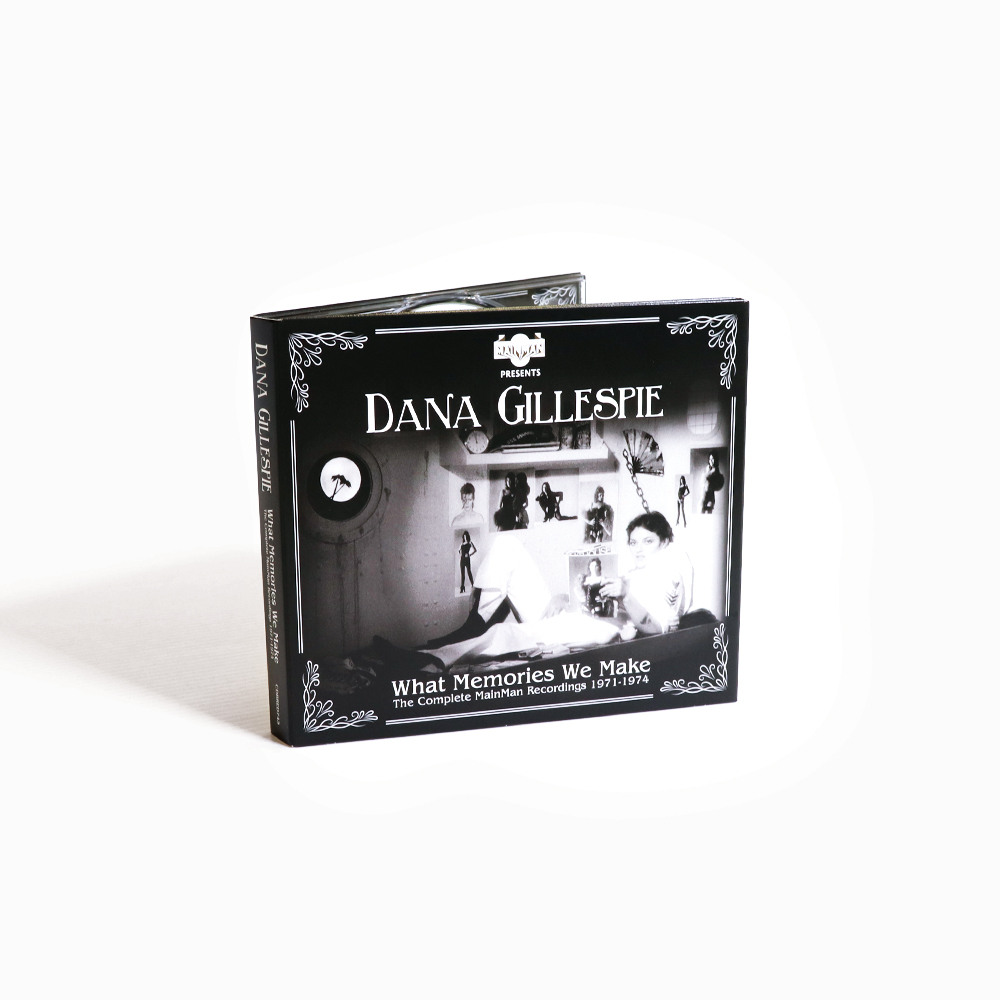 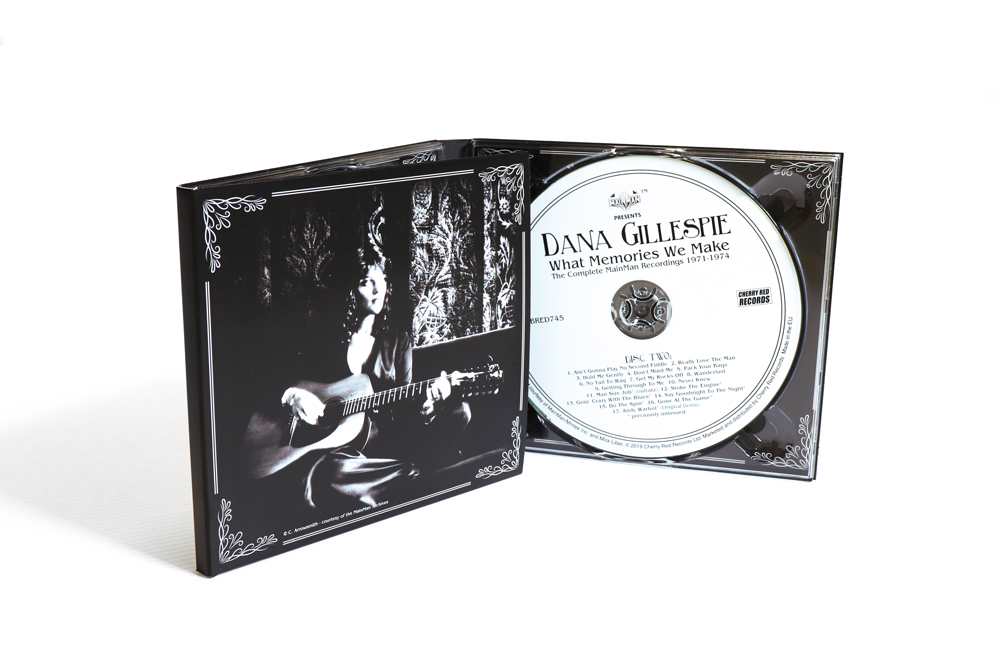 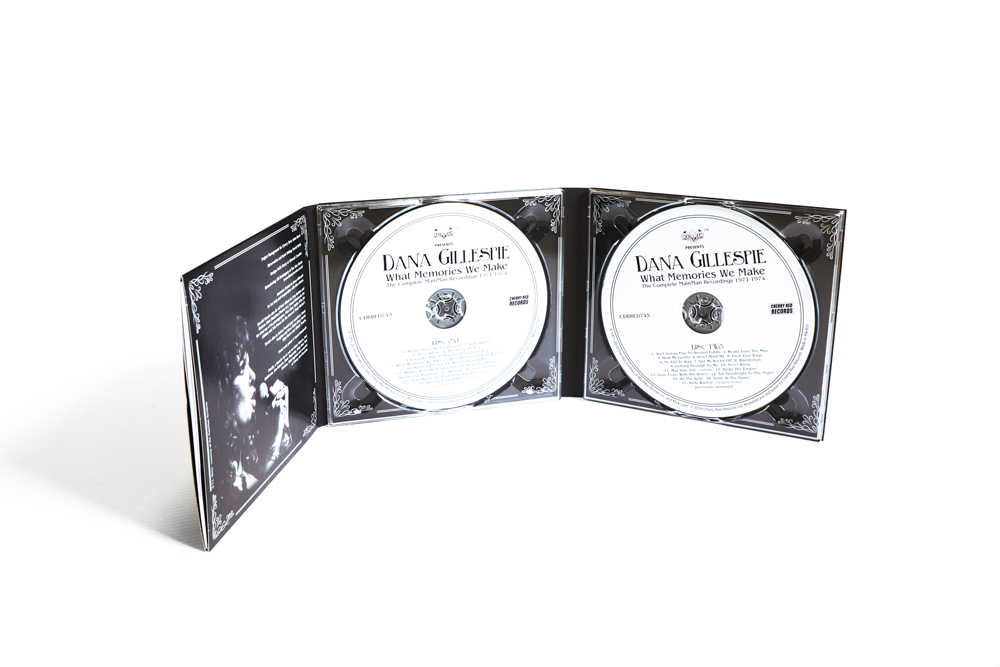 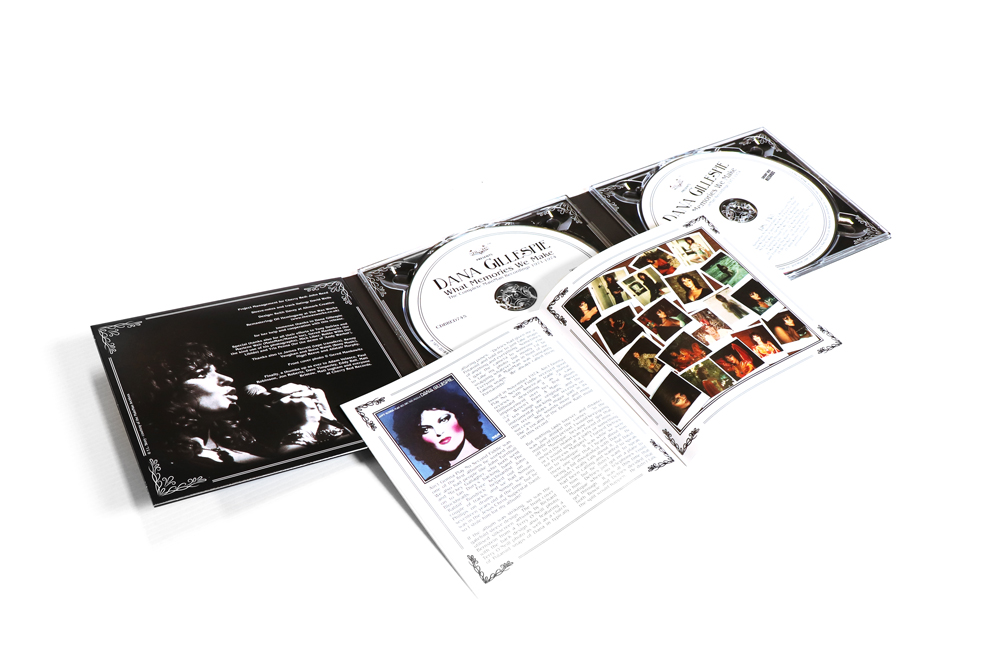 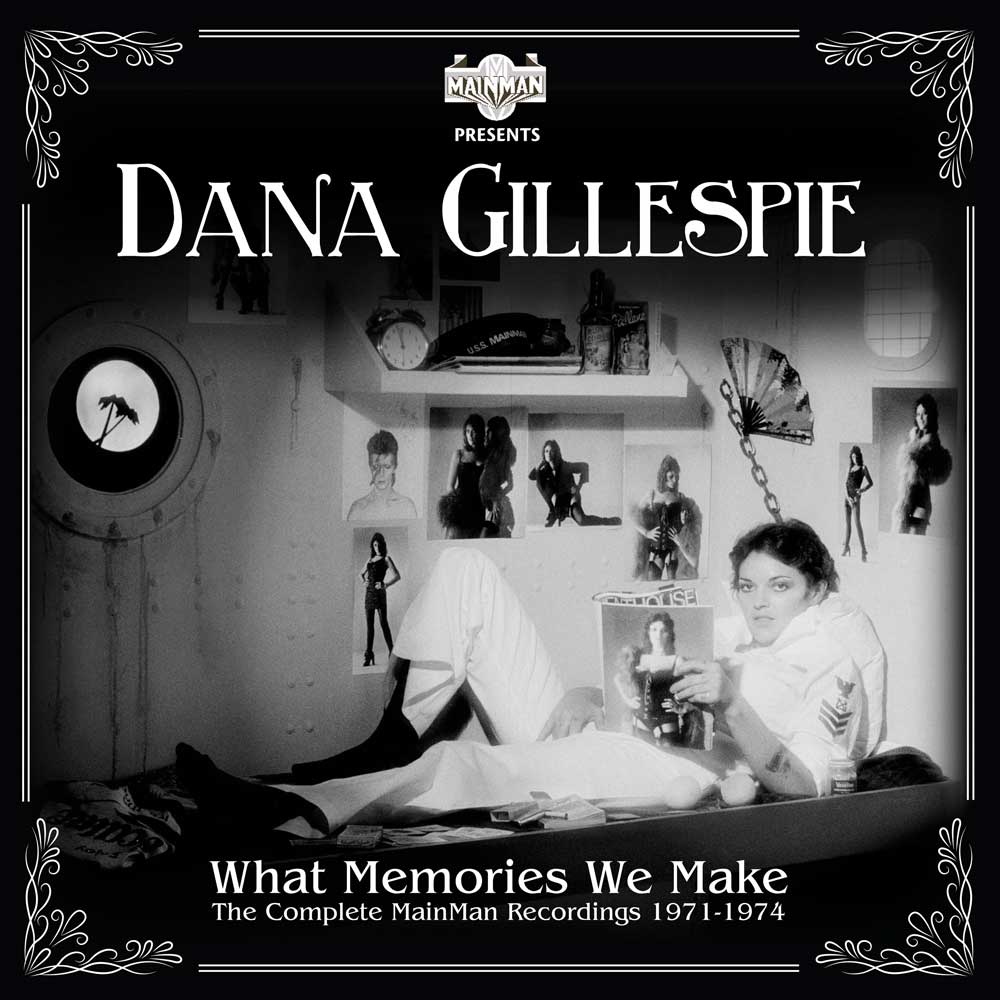 SIGNED VERSION NOW SOLD OUT
Housed in a plush Digipak with lengthy sleeve-notes by David Wells within a 24-page booklet also boasting an embarrassment of photographic riches, What Memories We Make is a long overdue tribute to a rare British singing/songwriting talent.

Dana Gillespie first made her name as a teenage singer (and songwriter) in the 1960s, with a string of memorable singles and albums for Pye and Decca.

In 1971, she teamed up with David Bowie’s management company MainMan, joining Bowie at RCA Records. It would be two years before her next record – but it was worth the wait. Weren’t Born A Man was a wonderful amalgam of pop, soul and some wonderful songwriting from Dana. The title track, for example, wouldn’t have sounded out-of-place on Dusty In Memphis, while Dana’s twist on Bowie’s ‘Andy Warhol’ (the song had actually been written for her) was unique. Both these album highlights were issued as singles.

Dana swiftly followed up with a second album for RCA, Ain’t Gonna Play No Second Fiddle. The recordings were bluesier in places than on its predecessor but still equally impressive. The LP was promoted by a single, ‘Really Love The Man’, but thereafter Dana parted ways with MainMan before building an enviable reputation as a blues singer of some renown.

Issued with the full support and involvement of the artist and MainMan, What Memories We Make is the first proper retrospective of Dana’s recordings for MainMan/RCA. Many album tracks make their debut on CD and have been joined by a raft of rarities and previously unissued material.

All five tracks from the legendary BOWPROMO album from 1971 are included: this was an album circulated by MainMan featuring rough mixes by David Bowie on one side (made prior to him signing with RCA) and Dana Gillespie on the other.

Also present is the semi-mythical, previously unheard original demo of ‘Andy Warhol’ featuring backing vocals from Bowie, and the rare Libido single (issued on Mooncrest in 1973), plus sessions from late 1974 for what would have been Dana’s third album for RCA/MainMan.

Housed in a plush Digipak with lengthy sleeve-notes by David Wells within a 24-page booklet also boasting an embarrassment of photographic riches, What Memories We Make is a long overdue tribute to a rare British singing/songwriting talent.