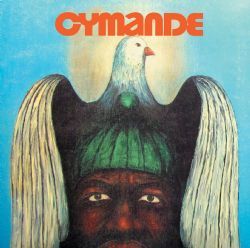 •    Their debut, Cymande (1972), boasted perhaps their best-known funk anthem, ‘The Message’, and the much-sampled ‘Bra’, adopted by pioneering DJs like DJ Kool Herc and Grandmaster Flash before being plundered by De La Soul.

•    This reissue boasts two non-album single edits and new sleeve-notes written with the cooperation with the band and John Schroeder.