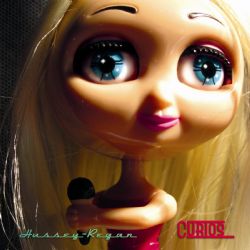 A brand new studio album from Wayne Hussey (The Mission) and Julianne Regan (All About Eve) Features tracks originally recorded by The Mission and All About Eve, as well as tracks by artists as varied as David Bowie, Gerry & The Pacemakers,Duran Duran, Depeche Mode, Glen Campbell and The Pretenders. Also features two new tracks ( Dangerous Eyes and A Change In The Weather ), and two remixes. Produced, engineered and performed by Julianne and Wayne in Brazil and London.

You’ll Never Walk Alone will be released as a single in aid of the Help For Heroes charity in November 2011.

“Wayne Hussey
and Julianne Regan of All About Eve make a reasonably interesting contrast –
the guitar slinger versus the earth mother, all that obvious stuff.”