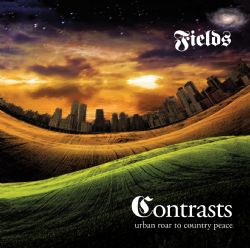 SKU: ECLEC2488
Categories: 10.95, Esoteric Recordings, Esoteric Sale, Physical, Sitewide Sale
Share:
Description
• A REMASTERED PREVIOUSLY UNRELEASED ALBUM FROM 1972 BY LEGENDARY PROG ROCK OUTFIT FIELDS
• REMASTERED FROM THE ORIGINAL MASTER TAPES
• ILLUSTRATED BOOKLET WITH NEW ESSAY BY SID SMITH & INTERVIEW WITH GRAHAM FIELD
ESOTERIC RECORDINGS are pleased to issue the first ever release of the legendary 1972 “lost” second album self by FIELDS.
When the first line-up of RARE BIRD folded in early 1971, keyboard player GRAHAM FIELD formed this outfit with bass player, vocalist and guitarist ALAN BARRY and KING CRIMSON drummer ANDY McCULLOCH. Although the band failed to emulate the commercial success of FIELD’s previous group, their 1971 debut album was a magnificent example of British Progressive Rock at its finest.
Following the album’s release the band’s line-up changed with the departure of ALAN BARRY and the arrival of FRANK FARRELL from Supertramp.
This line-up recorded a follow-up album in 1972 that was perplexingly shelved by CBS Records and remained consigned to the vaults for over forty years. The original master tapes of this fine album were recently located and have been re-mastered as “Contrasts – From Urban Roar to Country Peace” with the full involvement of Graham Field. Now Esoteric Recordings presents the album for the first time with this release.
“Contrasts – From Urban Roar to Country Peace” features a booklet with an essay by Sid Smith and interview with Graham Field.
N.B: This title is released March 30 and will not be dispatched before his date.
Track Listing:
1. LET HER SLEEP
2. WEDDING BELLS
3. SOMEONE TO TRUST
4. WONDER WHY
5. MUSIC WAS THEIR GAME
6. THE OLD CANAL
7. PUT OUT TO GRASS
8. STORM
BONUS TRACKS
9. SET YOURSELF FREE
10. THE RIVER
11. SPRING
Additional information
Tracklist
Track listing as above.
Reviews (0)