We use cookies to ensure that we give you the best experience on our website. Click OK to accept and continue shopping, or find out more in our cookie policy...OKRead More
Return to previous page
View cart “The Fall: Levitate – Limited Edition Triple VinylFall (The)” has been added to your cart. 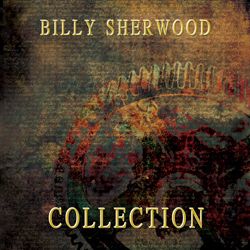 COLLECTION is the ideal introduction to Sherwood’s solo career and includes TWO EXCLUSIVE TRACKS. This edition through Cherry Red is its first release on CD.

BILLY SHERWOOD is the current bass player in the band YES and will be touring with the band throughout 2015.

Billy Sherwood was a key part of the line-ups which created the YES albums OPEN YOUR EYES, THE LADDER and was also part of the TALK tour.  He recently mixed the band’s HEAVEN AND EARTH album and two subsequent DVDs.

COLLECTION is the ideal introduction to Sherwood’s solo career and includes TWO EXCLUSIVE TRACKS. This edition through Cherry Red is its first release on CD.

This CD release will be eagerly greeted by YES fans especially in light on Sherwood’s recent return to the band in mid-2015.

Collection will be released in conjunction with Sherwood’s new solo album DIVIDED BY ONE and will be supported by a full press campaign in the international music press.

N.B: This title is released 30th October 2015 and will not be dispatched until this date.

2. SEEING THROUGH THE WALLS

7. WHAT WAS THE QUESTION?