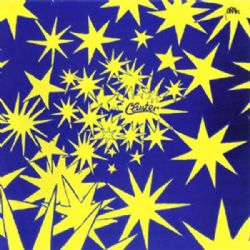 SKU: EREACD1029
Categories: 10.95, Esoteric Sale, Physical, Reactive, Sitewide Sale
Share:
Description
NEW REMASTERED
CD RELEASE FOR THE CLASSIC 1972 ALBUM BY THE LEGENDARY CLUSTER
BOOKLET WITH
RESTORED ARTWORK, PHOTOS & LINER NOTES
Esoteric Recordings
are pleased to announce the release of a newly remastered edition of Cluster’s
classic 1972 album “Cluster II”. Hans-Joachim Roedelius & Dieter Moebius
had been making experimental electronic music since meeting at Berlin’s famed Zodiak
arts lab in the late 1960s. “Cluster II” was their second work for a major
label and was released in Germany on the Brain label in 1972. The sessions saw
producer (and contributor to Cluster’s first album) Conny Plank oversee the
proceedings.
Less
“industrial” in feel to Cluster’s debut work, “Cluster II” is nevertheless a
classic, hailed by aficionado Julian Cope as a major album in his book “Krautrocksampler”.
This Esoteric Reactive
edition is newly remastered and
fully restores
the original album artwork and includes a booklet with new essay.