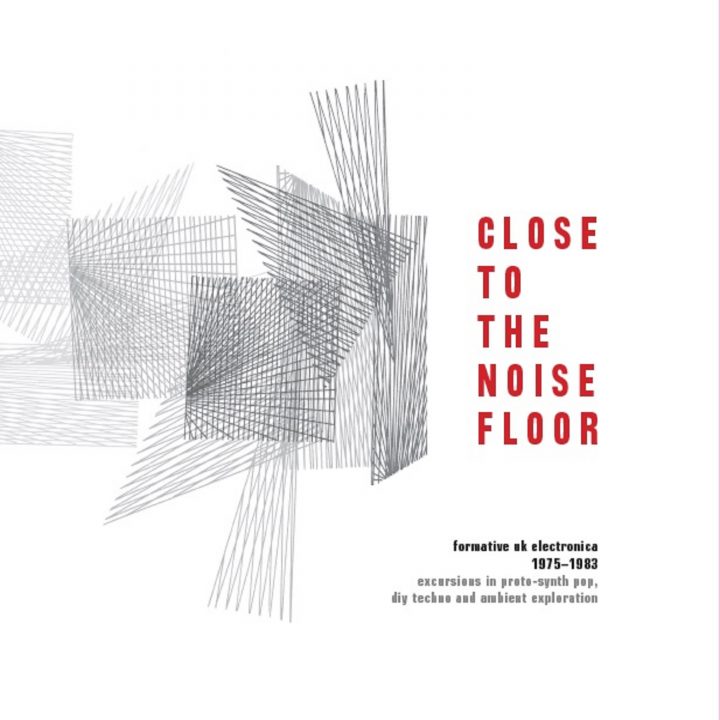 • 22 track history of the origins of electronica in the UK

Enthralled by the mysterious electronics of Pink Floyd, Hawkwind, Gong and German Kosmische artists, and inspired by the DIY ethos of punk, a quiet revolution took place across the UK in the late 1970s and early 1980s. The rise of the microchip and the advent of affordable synthesisers liberated countless artists for whom guitars, drums and bass had become old hat, and in grubby bedsits, unremarkable living rooms and art school halls across Britain, UK electronica was born. The underground, fuelled by cassette exchanges, co-operative vinyl compilations and a thriving mail order network, quickly began to stretch the boundaries of sonic experimentation.

Close To The Noise Floor explores every corner of this fascinating and often overlooked chapter in UK musical history. Entirely free from safety pins and hair dye, but always experimental, explorative, unusual and thrilling, this is the story of a mild-mannered, post-punk revolution long under appreciated.

And who better to tell this story than the artists themselves…. Close To The Noise Floor features artist written sleevenotes, extracts from Dave Henderson’s legendary 1983 Wild Planet overview of the entire scene and an introductory essay from Mr Henderson himself.

SIDE THREE
1. STORM BUGS - Himeal (And She Blew)
2. COLIN POTTER - I Am Your Shadow
3. PORTION CONTROL - Go For The Throat
4. THOSE LITTLE ALIENS - Sentimental
5. JOHN FOXX - A New Kind Of Man (Alternative Version)
6. BOURBONESE QUALK - God With Us