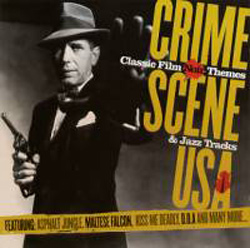 In the beginning, they weren’t called ‘Film Noir’. That term didn’t originate until 1946 when a Frenchman coined the phrase as a convenient catchall reference for American low budget hard-boiled crime and detective B-movies shot during the austere ‘40s and early ‘50s.

It was the look of Film Noir movies as much as their down beat storylines, which made for compulsive viewing. Shot in black and white, these films were dark and claustrophobic and relied upon deep shadows, shards of light and surreal angle shots to establish the appropriate mood.

Such hard-boiled dime store pulp novels and their subsequent screenplays were crammed with guilt-ridden characters who lurked fearfully in the shadows. A nether world where paranoia and textbook whackos ran rampant, a very dark place where weak, impressionable boys regularly dumped their apple pie and ice cream girlfriends for the kind of feckless female sexual predators their mothers constantly warned them about. An underworld where those good cop not on a crusade went to the bad and sweating sad saps were framed for crimes they didn’t commit and adulterous lovers who, having killed unwanted spouses, turned on one another.

As for the musical soundtrack? It was brassy and performed full blast to the point of distortion. So intense in execution that the VU meter needles were permanently rammed in the red area of the dial. But then, nothing about the Film Noir genre could be regarded as subtle!