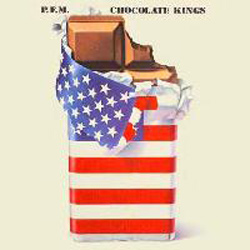 PREMIATA FORNERIA MARCONI, better known in English speaking countries as P.F.M. , were arguably the finest Italian Progressive rock band of the 1970’s and certainly one of the most well known. A successful act in their home land, they came to international attention when they signed to EMERSON, LAKE and PALMER’s label MANTICORE in 1973.

Their 1976 album for the label, “CHOCOLATE KINGS” featured new vocalist Bernado Lanzetti and is arguably one of their finest works. This new edition of the album has been newly remastered and includes an additional CD of previously unreleased live material recorded at Nottingham University on the band’s 1976 UK tour, along with a lavishly illustrated booklet, new essay and fully restored artwork.