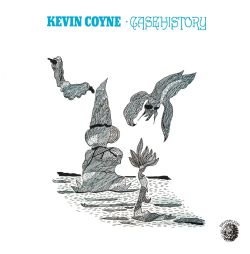 SKU: TURP4
Categories: 10.95, Cherry Red Records, Cherry Red Sale, Physical, Sitewide Sale
Share:
Description
Cherry Red is delighted to announce the next release for
the rejuvenated Turpentine Records, the label founded by the late
singer-songwriter/author/artist Kevin Coyne.
Case History was Kevin’s
solo debut album for John Peel’s Dandelion Records, first issued in 1972. Having recorded two multi-faceted,
blues-influenced albums with Siren, Coyne was exposed on Case History as a brutally emotional singer-songwriter who wrote
with conviction and sang from the depth of his very soul.
Case History offers a
fascinating glimpse into an artist in his prime, who would inspire John Lydon,
Sting, Ben Watt and Will Oldham and would collaborate with Robert Wyatt, Andy
Summers, Dagmar Krause, Brendan Croker, Gary Lucas and The Mekons’ Jon
Langford.
Case History was only available briefly on vinyl on Dandelion before being deleted (the
artist then signed with Virgin Records). The album has been unavailable on CD
for some time and is now properly remastered.
This deluxe edition offers nine bonus tracks,
including a near-ten-minute variation on My Message To The People and Doctor
Love (which makes its debut on CD).