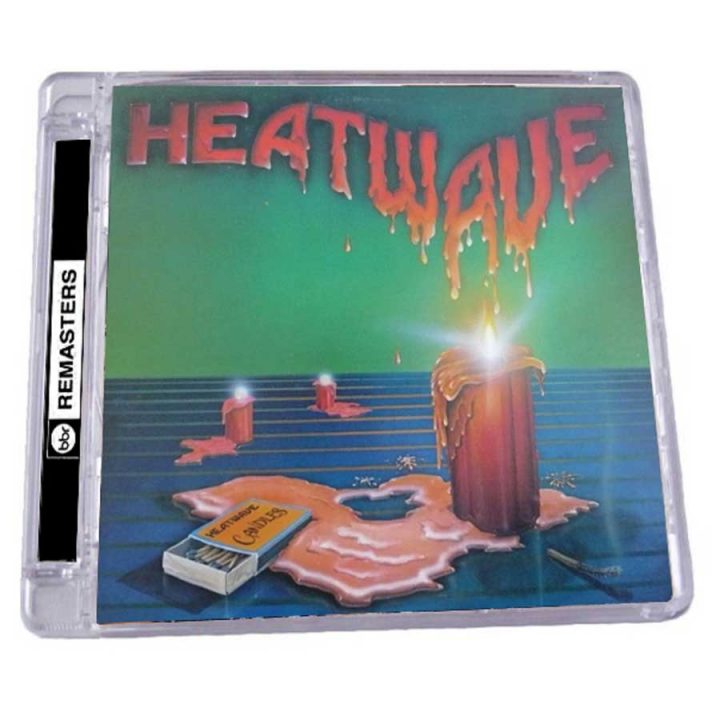 Released in a super deluxe jewel case, BBR is proud to present this expanded and re-mastered edition of “Candles” on CD!

During their most commercially successful years, Heatwave were a band that crossed many borders, laying claim to such international hits as ‘Boogie Nights’, ‘Too Hot To Handle’, ‘The Groove Line’, ‘Eyeballin’’, and ‘Always And Forever’, all having a huge impact on both sides of the Atlantic.

Heatwave’s fourth album, “Candles”, saw Johnnie Wilder Jr take on the producer’s role alongside James Guthrie, best known for his work with Pink Floyd, returning to work with Heatwave since serving as an engineer on both “Too Hot To Handle” And “Central Heating”.

Fresh from the success of his contributions to Michael Jackson’s “Off The Wall” album, Rod Temperton remained the band’s chief songwriter penning a total of five tracks including hit single, ‘Gangsters Of The Groove’ which provided Heatwave with further R&B chart success reaching #21 and gaining a top 20 UK pop spot accompanied by an early foray into music video. Further hits include the touching, R&B, Doo Wop flavoured single, ‘Where Did I Go Wrong’ and the Rod Temperton penned UK Top 40 single ‘Jitterbuggin’’, both of which helped drive this album into the UK Pop and US R&B Top 30.

Released in a super deluxe jewel case, BBR is proud to present this expanded and re-mastered edition of “Candles” on CD!

Featuring extensive liner notes and interviews with band members along with expansive bonus material including non-album B-Sides, ‘Someone Like You’ and ‘Wack That Axe’ making this a must have CD for all Eighties Pop, Soul and Disco fans.