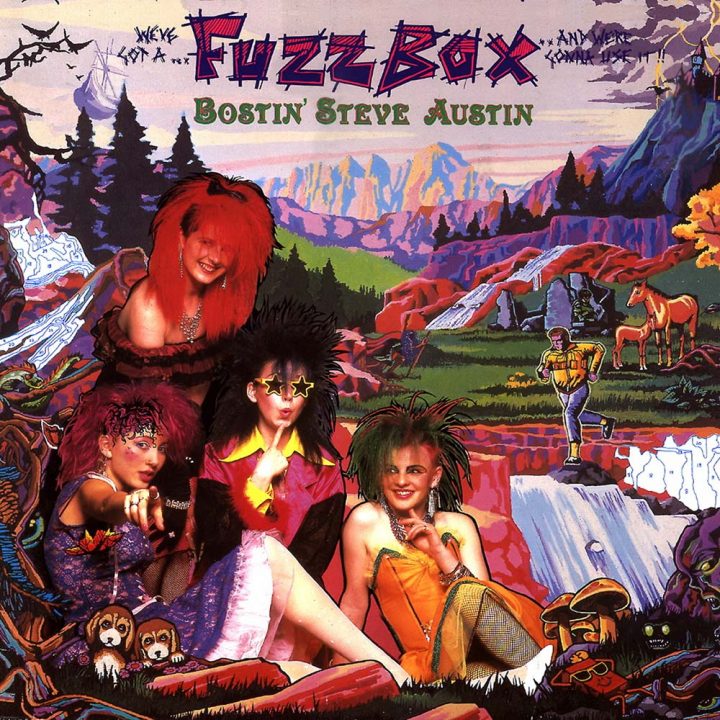 Bostin Steve Austin 2CD
We've Got A Fuzzbox And We're Gonna Use It!!

A keenly awaited re-press for the debut long-player from the mighty We've Got A Fuzzbox And We're Gonna Use It!!

A keenly awaited re-press for the debut long-player from the mighty We’ve Got A Fuzzbox And We’re Gonna Use It!!

Hailing from Birmingham, England, the punk-pop, all-female quartet, also known simply as Fuzzbox first made their mark on the nation when their debut single ‘XX Sex’ / ‘Rules and Regulations’ stormed the UK indie charts reaching the coveted Indie #1 spot in 1986 for a staggering 9 week stint.

Cited as a “Loud, gaudy and mildly controversial both visually and aurally, with a willful raw amateurishness to their playing…” the band soon earned the respect of influential publications such as the NME, Melody Maker as well as recognition from DJ’s Janice Long and the late, great John Peel.

This 2CD/AA Sided “Splendiferous Edition” of the band’s seminal classic “Bostin’ Steve Austin” originally made its CD debut on Cherry Red in 2013, some 27 years after its premiere on Vindaloo/WEA Records.

“Side A” features the original 12 track studio album, digitally remastered from its original analogue master tapes, whilst “Side AA” offers a comprehensive insight into the formative Fuzzbox years compiling 22 of the band’s rarest and sought after recordings.

Additional information
Tracklist
SIDE A

4. SPIRIT IN THE SKY

9. SPIRIT IN THE SKY (SHORTISH MIX)

19. WHAT'S THE POINT (THE BOSTINOUS ONE)

22. BY THE LIGHT OF THE SILVERY MOON