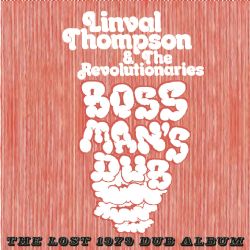 SKU: MILKCD3
Categories: 9.95, Hot Milk, Physical, Sitewide Sale
Share:
Description
Hot Milk has
been digging deep into the crates and will be brightening up the summer with
its third and very special release, Linval Thompson and The Revolutionaries
“Boss Man’s Dub – The Lost 1979 Dub Album”.
For reasons
that have been lost in the mists of time, this Dub album by artist &
producer extraordinaire Linval Thompson only ever made it as far as having a
tiny quantity of white labels pressed up and until now has never had a full
commercial release.
Born 1954 in
Kingston, Jamaica, Linval Thompson is one of the legends of reggae whose work
as not only an artist but producer inspired some of the best Dub Reggae of the
late 70’s and early 80’s.
Intended for
release in 1980, this set was recorded in 1979 and features dub versions of
tunes produced by Linval with artists including the man himself Linval Thompson
(Six Babylon, Mr Boss Man), Freddy McKay (Lonely Man), Michael Black, Anthony
Johnson, Sammy Dread and Cornell Campbell.
This release is
yet another lost relic of Jamaican music that is finally getting its just
rewards after decades of being lost to the world bar the few who were lucky
enough to own the impossibly rare original white label pressings.
Includes two
bonus dubs from the same era as the “Boss Man’s Dub” album.
Sleevenotes by
David Katz, the noted reggae historian and author of numerous tomes including
biographies of Lee “Scratch” Perry and Jimmy Cliff and “Solid Foundation – An
Oral History Of Reggae”.