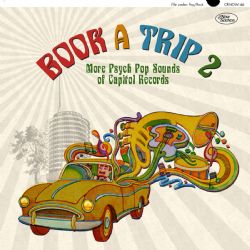 Productions by the likes of MICHAEL LLOYD collide with arrangements by MORT GARSON and GENE PAGE and compositions by HARRY NILSSON and KIM FOWLEY, and performances by many legendary Wrecking Crew members, proving why Capitol Records was the undisputed leader of pop during this pivotal era.

ALL original Capitol singles, circa 1966–1969, are sourced from ORIGINAL MASTER TAPES. Some are presented here in STEREO for the first time ever! Most tracks are FIRST TIME ON CD!

Mastered by Alan Brownstein FROM THE ORIGINAL MASTER TAPES! Produced and compiled by STEVE STANLEY