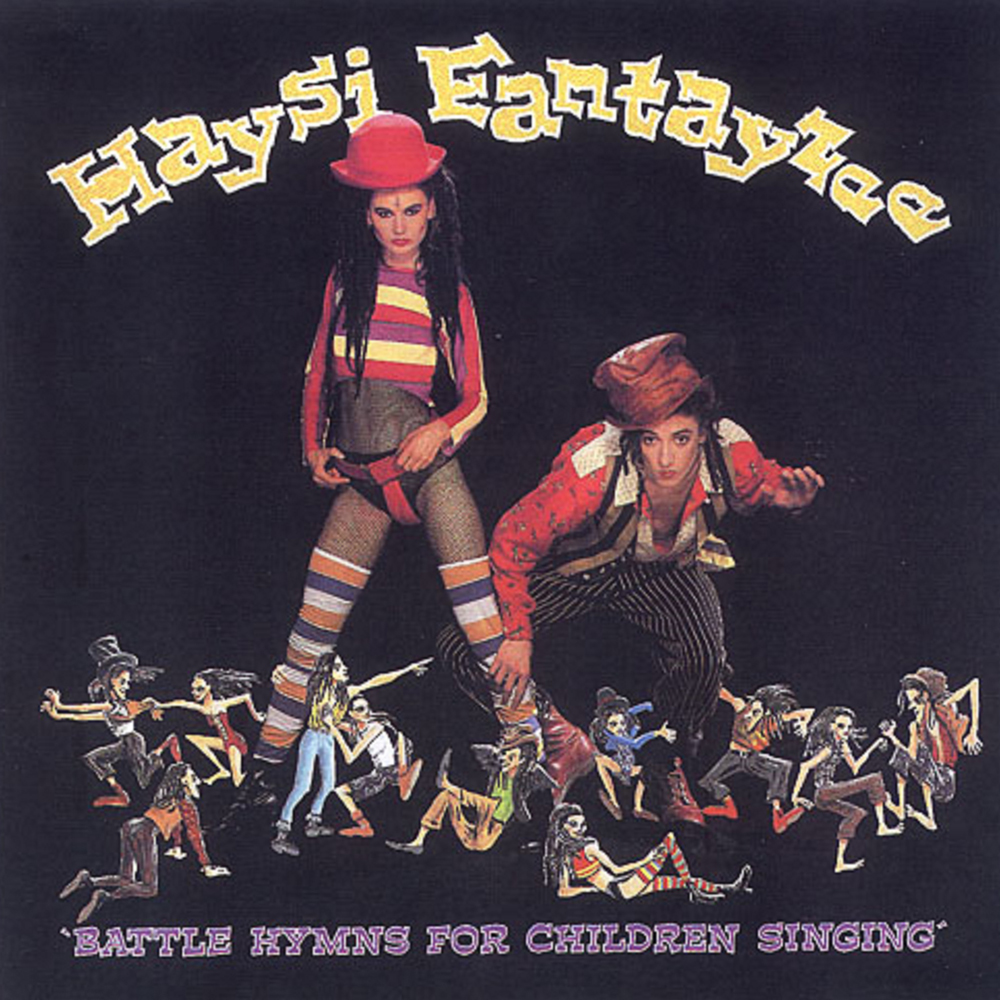 The package also features a host of bonus tracks, remixes, and sleeve-notes written with the co-operation of both Healy and Garner.

Haysi Fantayzee were formed in 1981 by fashion photographer Kate Garner, former Animal Magnet member Paul Caplin and Jeremy Healy, a well-known face on London’s club scene. Together they set about injecting a sense of fun and adventure into the music scene, wearing outlandish, self-designed costumes and dreadlocks, and writing songs that married sexual subversion with deliberately disposable and cocksure dayglo pop.

Their ‘Dickensian Rasta’ look was an immediate hit and saw their debut single ‘John Wayne Is Big Leggy’ rise to number 11 in the national charts. In their brief career they would also enjoy chart success with ‘Holy Joe’ and ‘Shiny Shiny’. All three hits are reprised on this CD, as is their sole album, “Battle Hymns For Children Singing”.

The package also features a host of bonus tracks, remixes, and sleeve-notes written with the co-operation of both Healy and Garner. The former went on to become one of the UK’s most successful DJs, while the latter is an accomplished and in-demand photographer for artists including Sinead O’Connor, Bjork, David Bowie and others.