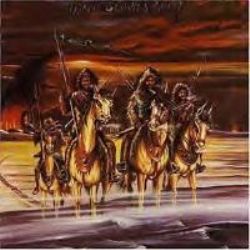 Esoteric Recordings are pleased to release a newly remastered edition of the classic 1974 debut album by the legendary Baker Gurvitz Army. Formed by former gun and three man army members Adrian Gurvitz (guitar, vocals), Paul Gurvitz (bass, vocals) and virtuoso drummer Ginger Baker, the Baker Gurvitz Army recorded three of the finest british rock music of the mid-1970s. Baker Gurvitz army featured such Classic Material as help me , Mad Jack, Inside Of Me and Memory Lane , earning the band a loyal and ever increasing fan base. This Esoteric Recordings reissue has been newly re mastered and features a live bonus track and booklet with new essay and fully restored artwork.