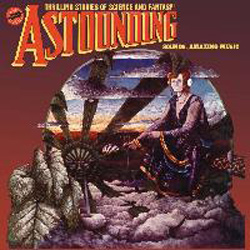 The album, originally released in 1976, marked the return to the band of Robert Calvert who would be a major influence on the creative direction of the band lyrically and as vocalist. Including such classic tracks as ‘Steppenwolf’ and ‘Reefer Madness,’ this reissue has been re-mastered from the original master tapes (a first for any CD issue of this album) and features previously unreleased mixes of ‘Back on the Streets’ and ‘The Dream of Isis’ along with the 1976 single ‘Kerb Crawler’ and ‘Honky Dorky’ as bonus tracks.