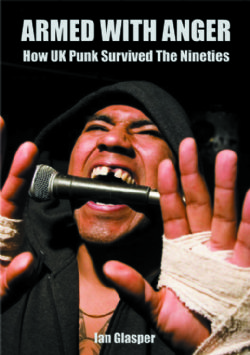 SKU: CRBOOK56
Categories: Cherry Red Records, Cherry Red Sale, Physical, Punk & Psychobilly Sale, Sitewide Sale
Share:
Description
The fourth instalment in Ian Glasper’s legendary
journey into the heart of UK Punk and Hardcore, ‘Armed With Anger’” explores
the transformation of the UK Punk underground as the gritty 1980s gave way to
the 1990s and everything that came with it. Thought by many to be an absolutenadir in the history of punk,
this overlooked era still spawned many important and intriguing bands, and, as
per his previous works, Glasper leaves no stone unturnedwhen exploring
the inspirations and motivations that drove the acts of the time.
From the likes of Therapy?, Understand and
Lostprophets, who all went on to major label success after starting in humble
underground bands, through to groups who released just one demo or a lone
7″ single, ‘Armed With Anger’ examines almost a hundred bands, allowing
them to tell their own stories in their own words, and is brimming with
previously unseen photographs and long-lost memorabilia.
No stone is left unturned as the many disparate
sub-genres of the scene are examined, from pop-punk(Goober Patrol, Panic
etc) and ska-punk (Citizen Fish, Spithead), through raging hardcore (Voorhees
and Assert), militant SXE (Withdrawn, Ironside)and old school punk rock
(Sick On The Bus and Police Bastard), on to the birth of metalcore (Stampin’
Ground and Above All) and, love-it-or-hate-it, emocore (Fabric and Bob Tilton).
The leading lights (and many more) are explored and featured, along with the
politics, underground fanzines and DIY labels which were synonymous with the
scene.
A must for anyone who enjoyed the first three books,
all of which were hugely successful and have become cult classic must reads for
anybody with an interest in the genre, this ‘fourth book in the trilogy’ pulls
together many of the threads of those volumes and brings Glasper’s celebration
of the UK’s underground punkheritage to a satisfying,
informativeconclusion.

“His meticulous interviews document the decade across the board and really give a sense of being there…here’s hoping for a guide to the noughties next.” – Miles Hackett, Vive Le Rock, Nov/Dec 2012 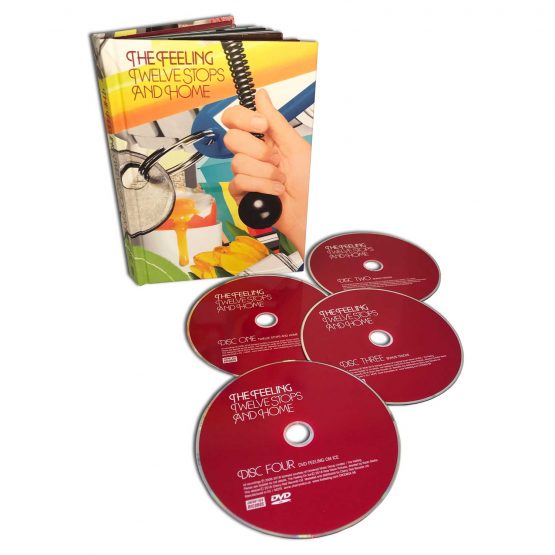