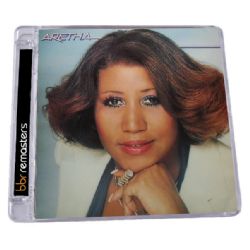 SKU: CDBBR0173
Categories: 9.95, Big Break Records, Physical, Sitewide Sale
Share:
Description
After 6 years at Columbia, Aretha Franklin
signed with Atlantic Records in 1967 and unleashed a stunning array of hit
singles during the mid-sixties to the mid- seventies including Respect, Chain
Of Fools, Spanish Harlem and Until You Come Back To Me (That’s What I’m Going
To Do).
After Aretha’s tenure with Atlantic had lost
its direction her career was in need of a new focus and Clive Davis knew that
he could restore her status to that of the late sixties and early seventies and
set her to work with producers Chuck Jackson and Arif Mardin.
The work paid off quickly with the album’s
first single UNITED TOGETHER returning Aretha to the top 3 of the R&B
chart. It was her greatest showing on this chart since 1977.
The second single was a cover of the Doobie
Brothers WHAT A FOOL BELIEVES which gave her another top 20 R&B hit and
also her first appearance in the UK top 50 since 1974. The final single from
ARETHA, COME TO ME, also made an appearance in the R&B top 40.
Released in deluxe Super Jewel cases, with bonus tracks, ARETHA is a
must for all Soul and Funk fans out there!