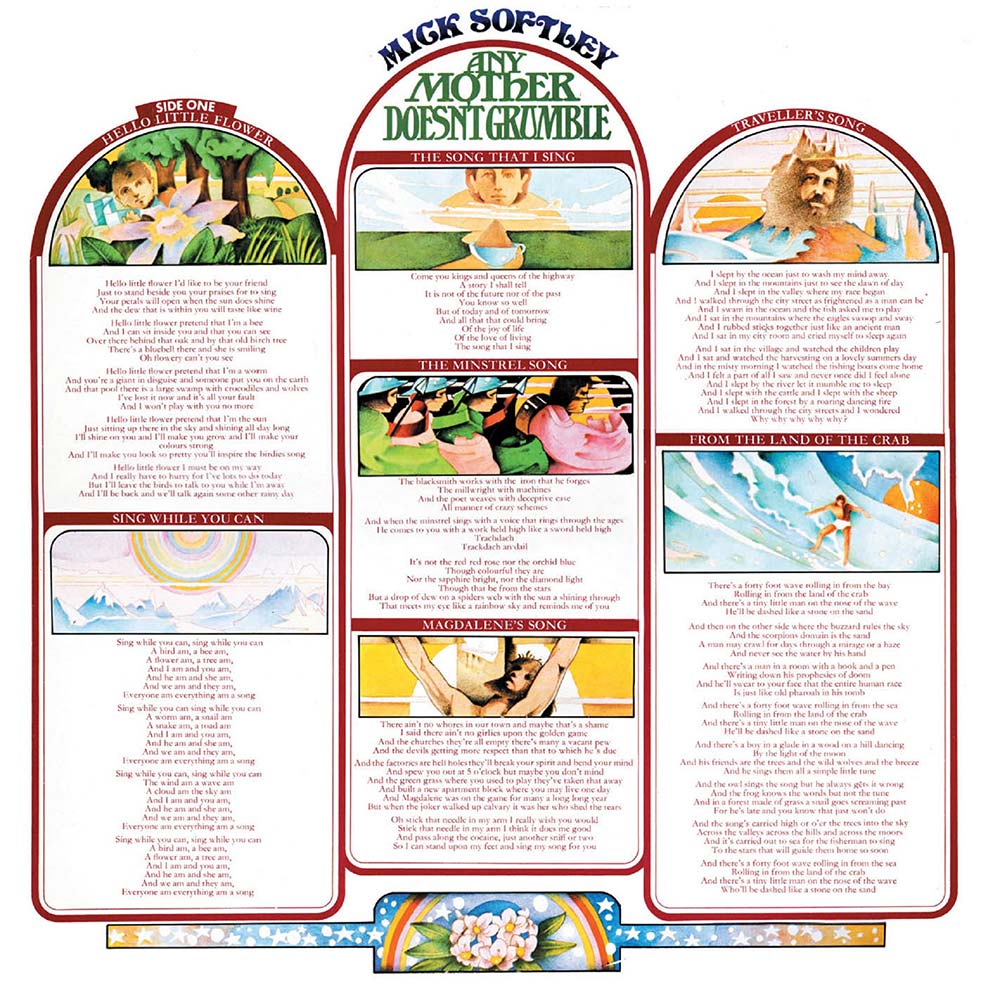 Mick Softley’s 1972 album released for the first time on CD.

• Mick Softley’s 1972 album released for the first time on CD.

• Born in 1941 in South Woodford, Essex, Mick Softley was at the forefront of the folk revival scene of the early 1960s.

• Mick helped Donovan with guitar-picking styles when they were both involved with the folk club in The Cock pub in St Albans. Later, Donovan would record two of Mick’s songs ‘The War Drags On’ and ‘Goldwatch Blues’.

• “Disc and Music Echo” magazine probably captured the essence of this unique recording most succinctly when they reviewed the album and stated that “listening to it, one almost feels an intruder into the man’s soul”.

3. SING WHILE YOU CAN

7. FROM THE LAND OF THE CRAB

10. IF WISHES WERE HORSES

11. HAVE YOU EVER REALLY SEEN THE STARS