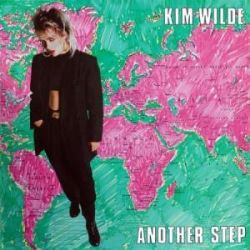 SKU: CRPOPD55
Categories: 9.95, Cherry Pop, Cherry Pop Sale, Physical, Sitewide Sale
Share:
Description
Kim Wilde’s fifth studio album originally released in 1986 finally gets the deluxe 2CD treatment courtesy of Cherry Pop Records. Features the International mega hit You Keep Me Hangin On which reached No.1 in America, Canada, Australia and Norway, No.2 in the UK, Ireland and Switzerland and the Top 10 in Germany, Denmark, France and pretty much every country across Western Europe Also includes the hit singles Schoolgirl (No.38 Germany, No.7 Denmark), Say You Really Want Me (No.29 UK, No.44 USA) and Another Step (No.6 UK, No.44 Germany). The album itself reached No.40 in the USA, No.42 in Germany and No.73 in the UK. Now comes with 17 bonus tracks including many hard to find 12, 7, Club and Extended versions, all re-mastered by Tim Turan Again overseen by Kim’s webmaster Marcel Rijs, with in-depth liner notes by Steve Thorpe, the booklet contains lyrics to all the songs and pictures of all relevant singles and the whole package comes in its ORIGINAL LP artwork exactly what the fans have been asking for. Kim is very much in the publics eye to this very day via appearances on television, her gardening programmes and regular sold out concerts across Europe.
Additional information
Tracklist