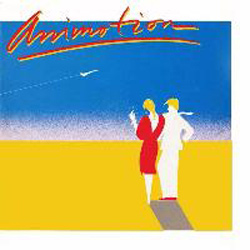 SKU: CRPOP25
Categories: 9.95, Cherry Pop, Cherry Pop Sale, Physical, Sitewide Sale
Share:
Description
Long overdue UK CD release for the debut album by Animotion which hit No.28 in the American charts when first released in 1984 Includes the massive world-wide hit single ‘Obsession’ which hit No.6 in the USA, No.5 in the UK, No.6 in Canada, No.17 in Austria and No.8 in Germany – it even hit the Top 10 in South Africa! Also features the single ‘Let Him Go’ which hit No.39 in America, No.78 in the UK and the Top 40 in Germany….
Additional information
Tracklist
Obsession / Let Him Go / Everything's Leading To You / Turn Around / Fun Fun Fun / Tremble / Holding You / Run To Me / Open Door / Bonus Tracks - Obsession (7” Version) / Obsession (12” Remix Version) / Obsession (12” Dub Version) / Let Him Go (7” Remixed Version) / Let Him Go (12” Club Mix)
Reviews (0)