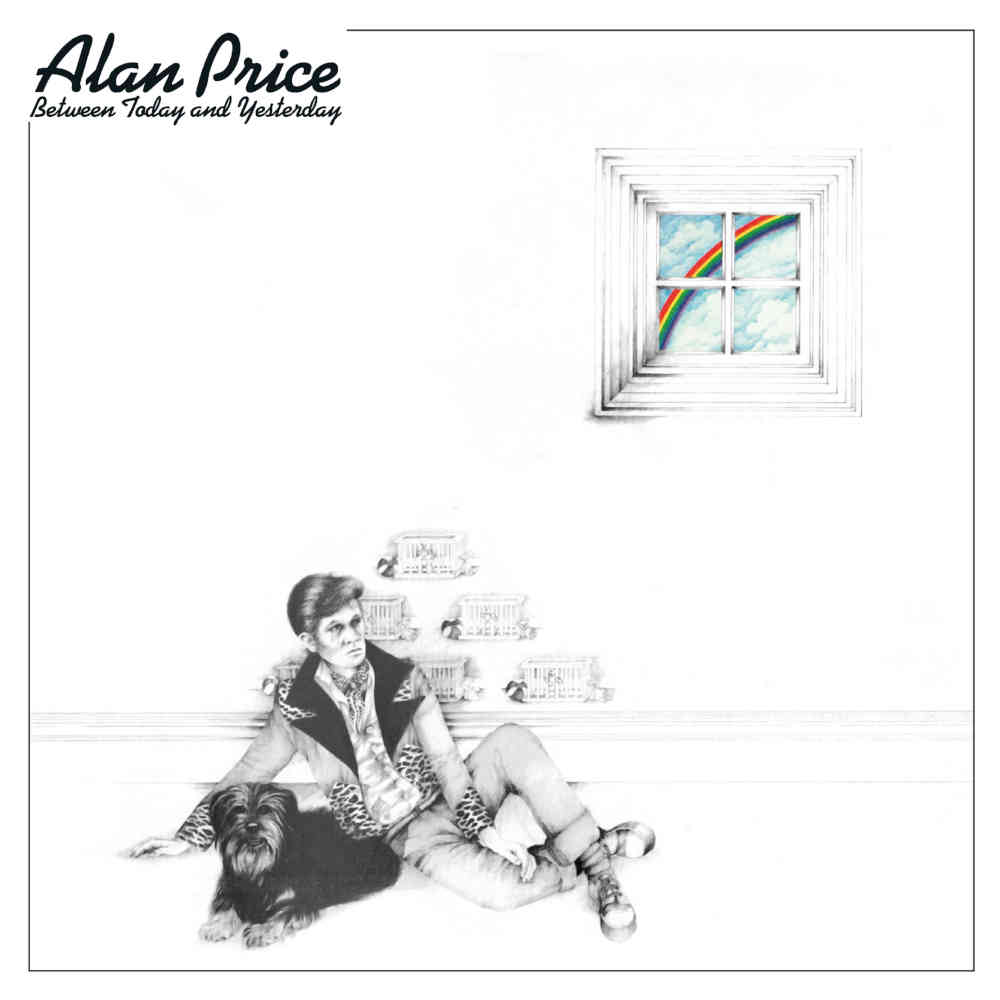 Esoteric Recordings are pleased to announce the release of a new re-mastered edition of the 1974 album BETWEEN TODAY & YESTERDAY by the celebrated musician ALAN PRICE.

First coming to prominence as a founding member and keyboard player of THE ANIMALS, Alan Price embarked on a solo career following his departure from the group in 1965.

By the early 1970s he had adapted his musical approach to one of insightful and intelligent social commentary. His musical score
for Lindsay Anderson’s classic 1973 film “O Lucky Man!” and the resulting soundtrack album gained him much critical praise (as did his appearance in the picture).

Whilst “O Lucky Man!” was acerbic in its commentary, it was with Price’s 1974 album BETWEEN TODAY & YESTERDAY that he took this one stage further (earning a UK album chart position in the process). A loosely conceptual work, the album was divided between songs reflecting “Yesterday” on one side and “Today” on the other, drawing on musical influences as wide as rock, blues and music hall. On works such as ‘Left Over People’ and ‘In Times Like These’ Price reflected on social commentary equal to anything written by his contemporary Ray Davies, but it was the track ‘Jarrow Song’ (a UK hit single) that saw Price capture this perfectly. The album’s second side was equally inciteful, particularly the superb ‘You’re Telling Me’ and the album’s title track. BETWEEN TODAY & YESTERDAY is now regarded as the finest of Alan Price’s solo works.

Unavailable on CD for many years, this Esoteric Recordings edition has been newly re-mastered and includes two bonus tracks. The release restores the original artwork and features a new essay.

Notice: id was called incorrectly. Product properties should not be accessed directly. Backtrace: require('wp-blog-header.php'), require_once('wp-includes/template-loader.php'), include('/themes/xstore/woocommerce/single-product.php'), wc_get_template_part, load_template, require('/themes/xstore/woocommerce/content-single-product.php'), do_action('woocommerce_after_single_product_summary'), WP_Hook->do_action, WP_Hook->apply_filters, woocommerce_output_product_data_tabs, wc_get_template, include('/themes/xstore/woocommerce/single-product/tabs/tabs.php'), wpb_new_product_tab_content, WC_Abstract_Legacy_Product->__get, wc_doing_it_wrong Please see Debugging in WordPress for more information. (This message was added in version 3.0.) in /home/cherryredco/public_html/wp-includes/functions.php on line 4986
1. LEFT OVER PEOPLE
2. AWAY AWAY
3. BETWEEN TODAY AND YESTERDAY
4. IN TIMES LIKE THESE
5. UNDER THE SUN
6. JARROW SONG
7. CITY LIGHTS
8. LOOK AT MY FACE
9. ANGEL EYES
10. YOU’RE TELLING ME
11. DREAM OF DELIGHT
12. BETWEEN TODAY AND YESTERDAY
BONUS TRACKS
13. JARROW SONG (SINGLE VERSION)
14. IN TIMES LIKE THESE (SINGLE VERSION)