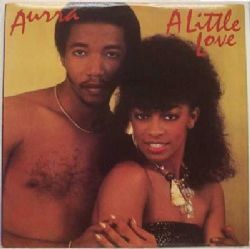 SKU: CDBBR0239
Categories: 9.95, Big Break Records, Physical, Sitewide Sale
Share:
Description
BBR
delves deeper into the vaults of Salsoul Records to bring you AURRA – A LITTLE
LOVE!
AURRA
began as a spinoff from the R&B Funk group Slave in 1980 and featured
members Curt Jones, Staleana Young, Charles Carter and Budd Hankerson. AURRA
recorded three albums for Salsoul during the 80s and tasted chart success with
their first offering, Send Your Love when “Are You Single” reached #16 on the
R&B charts.
A
LITTLE LOVE features Stephen “The Fearless Leader” Washington, a talented
multi-instrumentalist and member of Slave, who would co-write and play on the
entire album while tending to production duties with the assistance of Tom
Lockett, helping AURRA reach their biggest success of the 80s when ‘Make Up
Your Mind’ climbed all the way to #6 on the R&B Singles chart while
simultaneously achieving an impressive #71 on the US Pop charts.
The
rapport between Curt Jones and Starleena Young is brilliantly showcased on A
LITTLE LOVE on tracks such as the love funk jam ‘Patience’ but it’s the
heart-warming ‘It’s You’, a sweet duet about a couples first meeting and
falling in love with one another which really gives us an insight into the
Jones and Young dynamic.
BBR
is very proud to present this fully expanded and lovingly remastered edition of
AURRA – A LITTLE LOVE.
Complete
with extensive liner notes with interviews and added bonus content, this BBR
Remaster is a must have for all Soul, Funk, R&B and Disco fans out there!